Ryan Joseph Voelker of St. Cloud pleaded guilty to felony check forgery-offer or possess with intent to defraud as part of a plea agreement on Friday in Mower County District Court. He initially pleaded not guilty to the charge on Oct. 19. 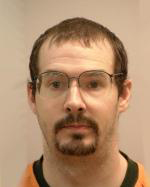 Albert Lea police contacted the Austin Police Department regarding several forged checks that had been presented in Austin by Voelker. An Albert Lea officer informed an Austin detective they had arrested Voelker, 32, with a stolen checkbook on his person. The checks belonged to a Freeborn County man, who had reported them stolen.

An Albert Lea Police investigation uncovered several forged checks used in locations in southern Minnesota and northern Iowa. Checks written in Austin, all dated Feb. 1, 2017, were for the following:

Voelker was captured on surveillance cameras at several locations.

Voelker will be sentenced on April 9.