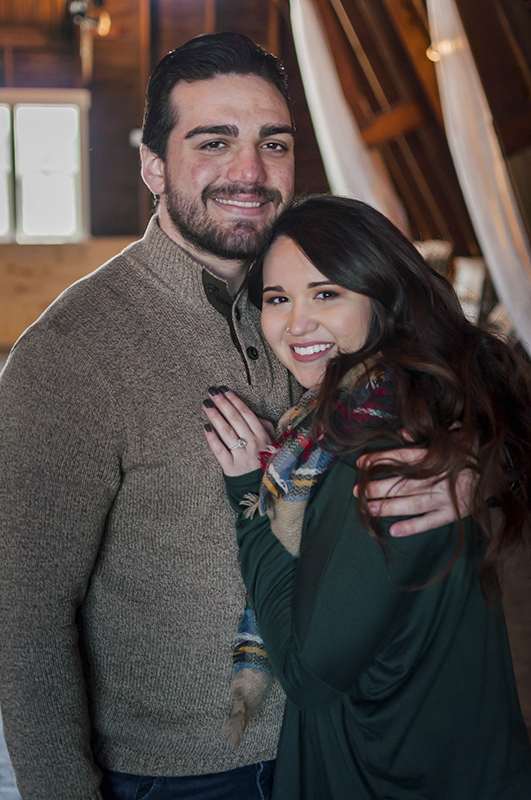 The bride is the daughter of George and Jill Marin of Albert Lea and the granddaughter of the late Natividad Marin and Suzie Marin of San Diego and Arlene Freymiller and Gerald Fruit of Lancaster, Wisconsin. She is a 2013 graduate of Albert Lea High School and a 2017 graduate of North Dakota State University, where she majored in strategic communication. She is a project coordinator at Unseen — a nonprofit in Fargo dedicated to fighting human trafficking.

The groom is the son of Anthony Jr. and Valerie Colace of Williston, North Dakota, and the grandson of Anthony Sr. and Francee Colace of San Marcos, California, and Floyce Green of El Centro, California. He is a 2014 graduate of Imperial High School and a 2018 graduate of North Dakota State University, where he majored in finance. He is a direct support professional at Community Living Services in Fargo.

The couple are planning a June 2, 2018, wedding at Red Barn & Berry Farm in Kindred, North Dakota. They will also have a ceremony in Albert Lea on June 16, 2018, at Grace Christian Church to celebrate with loved ones from her hometown. The bride’s father, Rev. George Marin, will officiate both ceremonies.