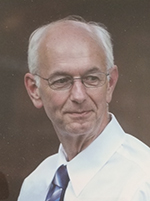 Michael Leo O’Neal, the son of Leo E. and Bernice M. (Gilbertson) O’Neal, was born Oct. 16, 1942, in Albert Lea. His childhood years were spent in Faribault and Albert Lea, where he received his education and graduated from Albert Lea High School in 1960.

After school Michael enlisted in the United States Navy, where he served for three years. He was stationed in Pensacola, Florida, on the U.S.S. Wasp. Following his honorable discharge, he was employed by Wilson & Co. Foods.

Michael was a member of St. Paul’s United Methodist Church in Cherokee. He enjoyed hunting and fishing trips to Minnesota and Canada, family vacations — Walt Disney World and skiing in Colorado and Seattle. He also enjoyed many adventures with the Gillease Street friends. In the early ’90s, he got his pilot license and was part owner of his airplane, Sally, “the good ol’ girl.” He spent five years wintering in South Padre, Texas, and liked to camp. Most of all, he enjoyed the many years of joy being with kids and grandkids and attending their activities and sporting events. He made so many great memories with his family and dear friends.