Minnesota ag has much to lose in U.S.-China trade spat 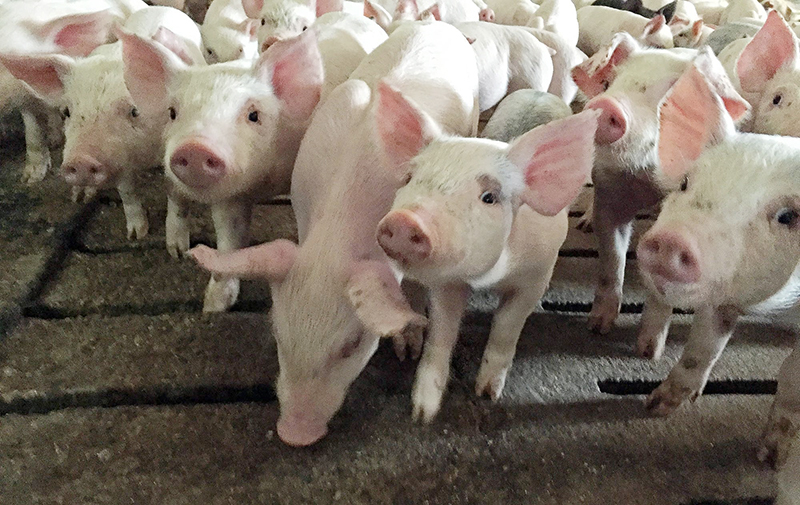 There’s been a lot of hand-wringing in farm circles about trade with China for the past two years, ever since presidential candidate Donald Trump criticized the Asian economic giant with comments like this: “China is ripping us off like nobody has ever seen,” Trump said, on the campaign trail.

But fears over a possible trade war with China moved much closer to reality this week.

Minnesota sells about a billion and a half dollars’ worth of agricultural products to China each year — and China’s list of proposed tariffs against U.S. products includes several that are important to farmers across the state.

“We’re poking the bear if you will,” said University of Minnesota grain market economist Ed Usset.

China responded to the U.S. tariff proposal by announcing import taxes of its own. And if the back-and-forth snowballs into a full-scale trade war, many industries could be affected.

Agriculture is a big one.

China is taking a two-step approach in its retaliatory tariffs.

The first group of U.S. products to be hit includes ethanol, which is threatened with a possible 15 percent Chinese import tax. That worries Minnesota’s ethanol CEOs, including Randall Doyal of the Al-Corn Clean Fuel ethanol plant in Claremont.

“We are depending on being able to export our production to the world,” Doyal said.

China is a part of that overseas market. It has enacted ethanol tariffs in the past, so U.S. sales there have been up and down.

But as recently as 2016, sales to China accounted for about 20 percent of U.S. ethanol exports.

Doyal said if China follows through on its tariff threat, it will hurt U.S. sales there. And that will hurt Minnesota farmers who sell corn to ethanol plants around the state. Doyal also worries that a sour export market will hurt his plant.

“It certainly will put a damper on us,” he said. “We’re coming out of an expansion, we’ve got a lot of debt. And I don’t like the thought that we’re looking at markets that are going to be returning less.”

State pork producers are looking at a similar scenario.

Pork is in the second group of products facing a 25 percent tariff if the U.S.-China trade dispute escalates. China is the second-largest market for U.S. pork. Minnesota Pork Producers Association President Greg Boerboom said hog farmers in Minnesota and across the country will feel the impact of a trade war.

“If something happened that we would lose the China market, which is our No. 2 market, that’d be a devastating impact on both hog producers and the rural economy,” said Boerboom.

But Boerboom, a self-described optimist, still believes the two nations can pull back from the brink, and avoid an escalating series of trade barriers and taxes that could hurt both countries.

“Nothing has been finalized yet,” said Boerboom. “It’s still a threat on both sides. So we’re hoping that they can negotiate and actually resolve the situation before any tariffs or retaliation would take place.”

That would also be very good news for Minnesota’s soybean farmers — China has not yet proposed a soybean tariff. But if the trade fight expands and soybeans are pulled into the retaliatory actions, Minnesota farmers would take their biggest hit of all: Soybeans are Minnesota’s top farm export — and China is the state’s biggest customer.