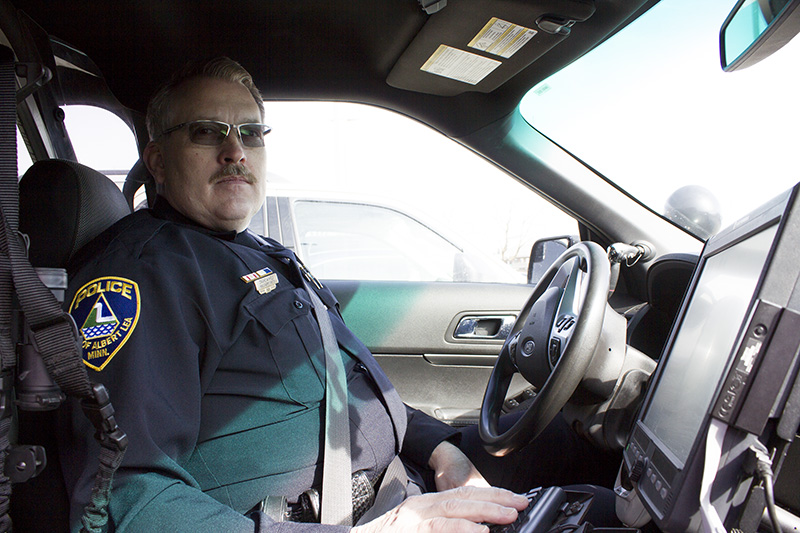 A.L. public safety director to retire at the end of the month

Dwaine Winkels was hired as an Albert Lea police officer in 1985.

He will retire March 30 after a 33-year career that included leading efforts to change the way the Albert Lea Police Department operates.

“When I got out of high school, I didn’t know what I wanted to do,” he said. “My brother was a police officer at that time. He went there, and he was several years older than me, and kind of on a whim I went up there and tested.” 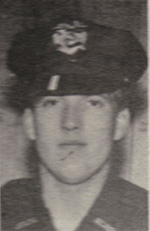 “I had to choose, and that time I was young, and I thought, You know, going back to my hometown, being so close to all the young people there, I just didn’t feel that would be a good fit. Everybody told me I would be better off going to a town I’m not from, so I chose Albert Lea instead.”

“I think I made the right choice.”

Winkels, who originally wanted to be a sheriff but soured on the idea due to politics he witnessed in Steele County in the 1980s, said he then wanted to be a police chief, which he became in 2005. Prior to that, he was a lieutenant and was promoted to assistant police chief in 1995. Winkels in 2012 became public safety director after the city reorganized departments. He oversees both the police and fire departments.

In the 1990s, Winkels became involved with the Crime Victims Crisis Center and was aware the Police Department needed to change its approach.

“We were so reactive,” he said. “We needed to adopt — we were out-of-touch with the community. I always felt that. I was always marching to a different beat around here, that I felt that we weren’t doing the best possible service to the community.”

After Victoria Simonsen became Albert Lea city manager in 2005, Winkels oversaw the department’s transition to community policing. Since then, Albert Lea police have participated in programs such as Shop with a Cop and Lunch with a Cop and other initiatives to improve relations between the police and community.

“We have a totally different department than we did back then, and you’ll see it in the attitude of the officers.”

Winkels said though he would return to patrol duties, due to pension restrictions he is not allowed to.

“That’s what I am going to miss, is the contacts with the people and just having fun,” he said. “This job is what you make of it.”

Winkels earned his bachelor’s degree in 2003 from Concordia College in St. Paul and was able to apply the lessons he learned in class to families he worked with.

Two of the biggest changes Winkels said he has seen in his position are the advent of defibrillators and computers in police cars.

“We used to do CPR on a lot of people that didn’t make it,” he said. “We got defibrillators. We got dozens of people now that are alive because those tools came into play, and then just the technology improvements with our access to information in the field with those in-car computers has just changed the way we do law enforcement.”

A retirement party for Winkels is slated from 11 a.m. to 1 p.m. March 30 at Edgewater Park Pavilion. Pulled pork sandwiches, salad, cake and refreshments will be served.

“He’s been a good leader,” he said. “I think he’s advanced the department very well.”

Despite the changes he oversaw, Winkels said more adjustments will be needed once he leaves.

“We have the best fire department in the state, too,” he said. “These guys are top-notch. They know their stuff. Albert Lea can be real proud of both of their departments right now, with where they’re at. And when I leave, I know it’s going to change. I hope it changes, but I hope the next person comes in and improves it.

“I don’t ever want anyone to stand on their laurels.”

Interesting fact: Winkels was a police officer in Blooming Prairie for two years before he became an Albert Lea officer in 1985.

A jewel of a view