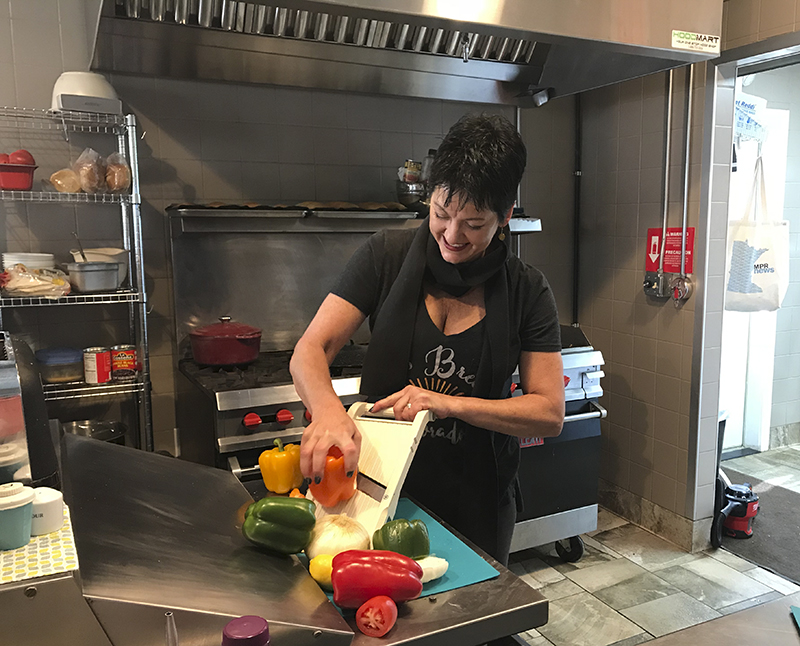 Julie Marschalk, owner of You Betcha Cafe and Ice Cream Shoppe, spent 30 years in the nursing profession before opening her own restaurant. - Kelly Wassenberg/Albert Lea Tribune

ALDEN — When Julie Marschalk opened her new business, she knew she was taking a risk.

“It’s kind of like throwing a party and wondering if anyone’s going to show up,” she said.

Marschalk has been pleased with the turnout at the new cafe and ice cream shop, which averages about 60 patrons a day. As a result, she has made further investments in her building. Previously a sandwich shop, the location already had ovens, but Marschalk decided to add a grill to allow her to expand her menu beyond pastry items, soups and sandwiches.

The opening of the cafe marks a significant milestone in Marschalk’s life. She spent the last 30 years working in the nursing profession, the last 10 of which were in home health care. Although she enjoyed her career, she said she was beginning to feel burned out and decided to switch gears with the support of her husband, Alex. 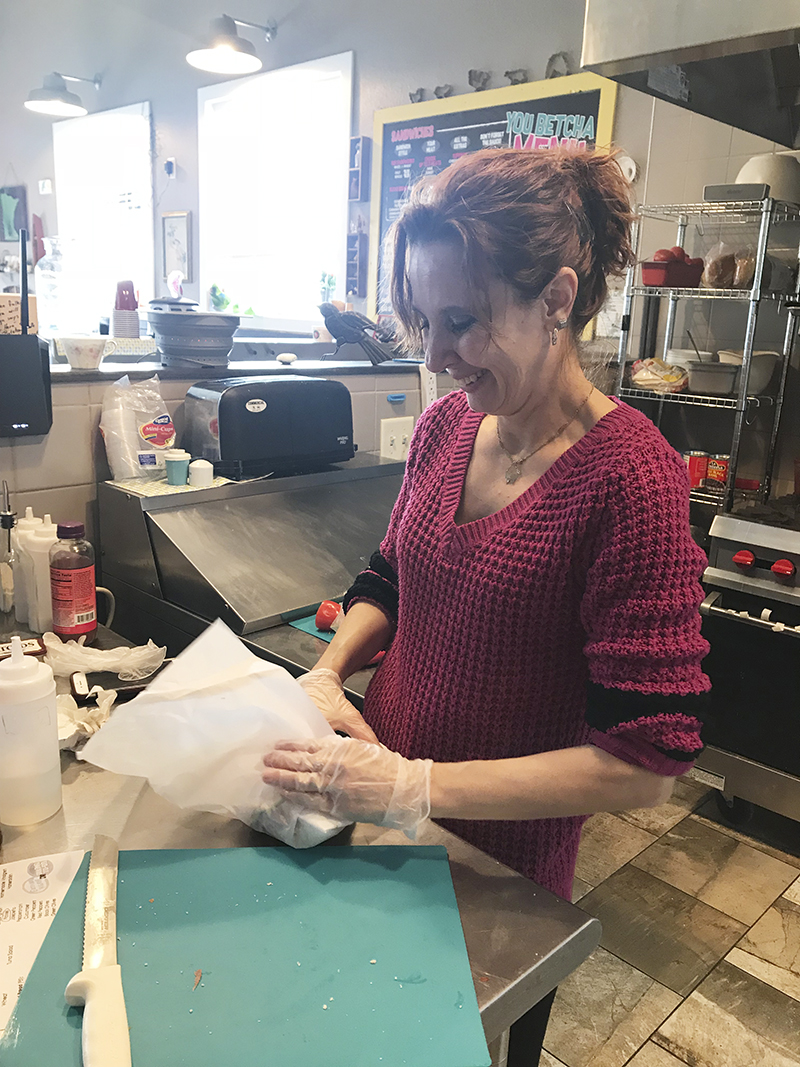 Shelly Simonson wraps up a to-go order for a customer at You Betcha Cafe and Ice Cream Shoppe. – Kelly Wassenberg/Albert Lea Tribune

While she had no experience in the restaurant business, she has received guidance from Shelly Simonson — former owner of the business when it was Roundtable Deli. Simonson has continued to work at the business since Marschalk bought the facility.

Marschalk said she always wanted to own a coffee shop and loves to cook, so most of her menu items are homemade. She shies away from using canned goods or too much salt in her food, which she often makes without a recipe.

The establishment carries Chocolate Shoppe Ice Cream, which sells premium ice cream. To sell the ice cream, Marschalk and one of her staff traveled to Madison, Wisconsin, where they attended a day-long training workshop. Along with learning about the ice cream brand, they also learned other information about ice cream, including peak hours for sales.

Marschalk said she also worked with Tiny Footprint Coffee out of Minneapolis to make sure her coffee machines were properly calibrated to make the most optimal cup of coffee with the water supply and filters she uses. The entire process took about four hours, she said.

You Betcha Cafe and Ice Cream Shoppe, 102 N. Broadway in Alden, is open from 7 a.m. to 6 p.m. Tuesday through Friday and 8 a.m. to 2 p.m. Saturday. Marschalk plans on changing the hours with the seasons to help juggle her life as a mom and farmer’s wife.