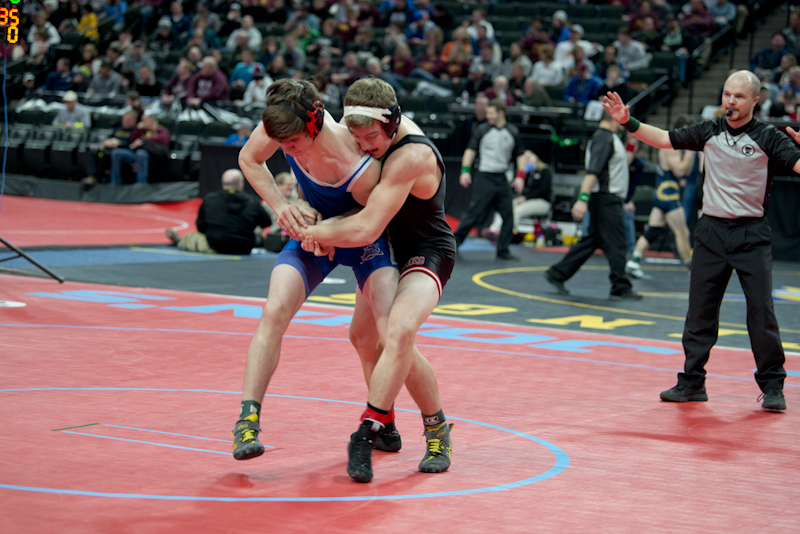 ST. PAUL — NRHEG junior Tyler Jacobson started the Minnesota state tournament Friday morning. He demolished his opponent in the first round match of the day, beating Aiden Willard of Trinity School in Eagan by pinfall in the first period.

Jacobson will wrestle tonight in the quarterfinals against Colton Waldvogel (34-1) of Osakis. The round is scheduled to start at 6 p.m.