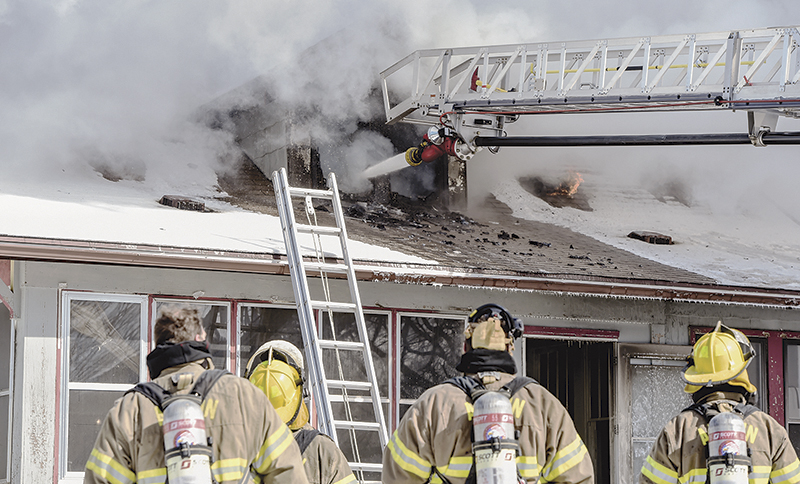 Darrell James Wigham, 29, who resided at the home, was arrested on Wednesday. He is currently in Mower County Jail awaiting possible felony first-degree arson charges; however, law enforcement would not confirm if his arrest was related to this case. 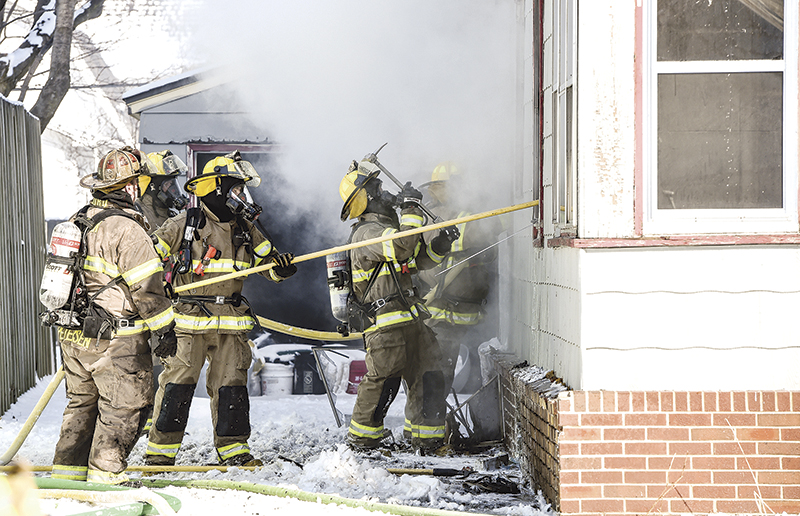 Austin firefighters work at the side of a building as they fight a house fire at 304 11th Ave. SW in Austin Wednesday. – Eric Johnson/Albert Lea Tribune

According to Austin Police Chief Brian Krueger, Austin police and fire responded to the call at 9:55 a.m. Wednesday. Two women, ages 18 and 20, who were at the house at the time were rescued from the roof by a neighbor and a police officer before the Austin Fire Department arrived. An 18-year-old male at the residence also got out of the house.

None of the people at the residence when the fire broke out lived there, according to Krueger. Krueger said statements given to police by those individuals led them to believe the fire started under suspicious circumstances.

According to Austin Fire Chief Jim McCoy, the fire started on the first floor near the entrance to the stairway. He said the fire was “incendiary” and the house was a total loss.

No injuries were reported; however, Gold Cross Ambulance Service treated an officer for smoke inhalation.

According to the Mower County Assessor, Prestholt Properties Inc. of Manly, Iowa, owns the property.