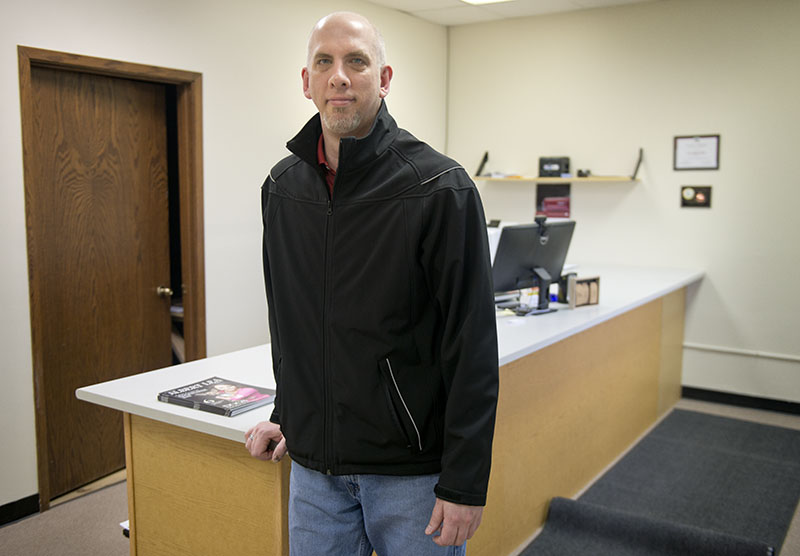 One Albert Lea man has set out on his own to continue a career he’s passionate about.

Curt Soderquist previously ran PC Doctor in Albert Lea for five of the six years he worked for that company, before it closed its doors last year. He opened CS Computers at 916 S. Broadway in Albert Lea on Jan. 2.

“I didn’t want to do anything else — I wanted to stick with what I love doing,” he said.

When PC Doctor closed, Soderquist said he put a sign up telling his customers how grateful he was for their business, and that he hoped they’d continue to work with him through CS Computers. He said he wants to continue those established customer relationships while developing new ones.

Soderquist initially got into working with computers through helping out his parents and friends. After working with others to learn more about computers, he decided to go to school for them as well. He got his degree in computer science and computer repair online from Penn Foster.

CS Computers specializes in repairing computers and laptops for residential and small business purposes, including through making house or service calls onsite. The business sells computers as well. Eventually, Soderquist said he would be interested in working to fix iPhones as well as work with businesses to install and update security cameras.

The business has customers spanning the region, and Soderquist said he hopes to continue to grow the business, as it’s rooted in something he loves.

“If you find something you love doing, you don’t want to let it go,” he said.

“Always having to learn something new,” he said. “You’ll never know it all with computers.”

Interesting fact: is originally from Fairmont