Reaching out and building connections 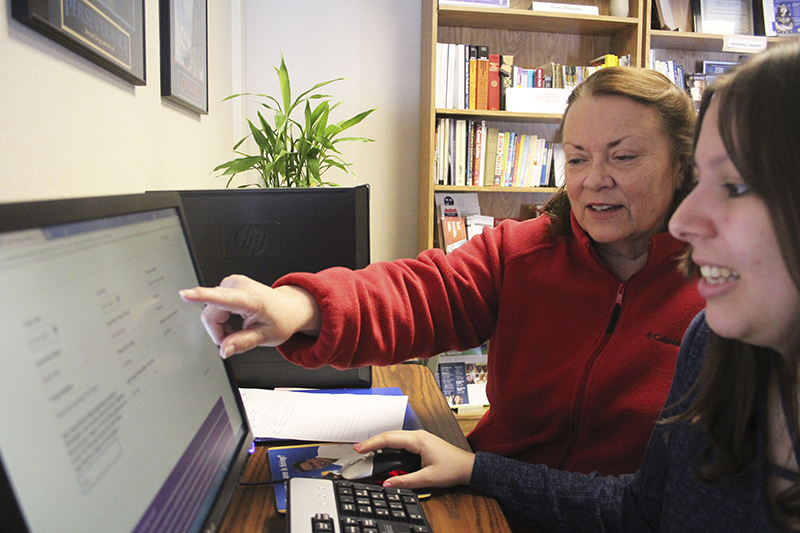 On any given day, there is a chance you will see her stop her vehicle and pull out a writing utensil. There is a chance that after she gets out of the car, there will be something inked onto her hand — something to remember. Something important. An opportunity.

Valerie Kvale has been looking for jobs for over 17 years. That’s what she has scribbled onto her hand (or onto paper, if she has it) — a new opening listed on a sign or a business window. She wants to fill that opening.

But she will not be the one taking the job.

During her time at Workforce Development Center, Kvale has held several roles. Kvale first worked as a retention specialist, then in public assistance. Now, she serves as a career planner and placement specialist.

“When I started doing my placement work, basically, my job was to be out of the office instead of in,” Kvale said.

When a new business starts up or she begins working in an industry she’s unfamiliar with, Kvale may visit the business to get an idea of what they’re up to — what the environment is like, what the work dynamic might be, what a position might require.

“I know a little bit about a lot of jobs,” Kvale said.

“I’m challenged when someone new comes in with a profession that I haven’t experienced,” she said.

And after more than 17 years working to match employers with employees and employees with employers, Kvale has seen the field change and the market change. For one thing, the paper application is largely a thing of the past. For another, employer expectations have changed.

“I still expect the best out of people,” she said.

“It depends what side of the table you’re on,” she said. Helping communities fill these jobs is her passion, Kvale said.

One of the ways Kvale has worked to fill these skill gaps has been through the youth apprenticeship program. 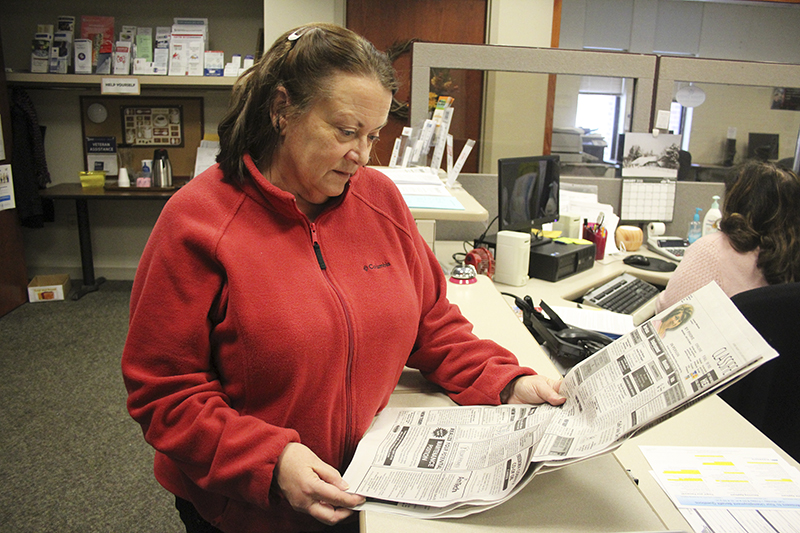 Val Kvale will through the newspaper for job openings, which she compiles into a weekly list and emails out to people looking for jobs. – Sarah Kocher/Albert Lea Tribune

Johanna Thomas worked on starting the apprenticeship program with Kvale when Thomas was an Albert Lea High School administrator.

“With her work tapping into the Workforce Development Center and her work there allowed us to automatically be able to build on her networking system and her knowledge of the manufacturing industry in the community,” Thomas said.

Kvale said the apprenticeship program operates as a foot in the door for young people and a chance for employers to fill a skills gap.

“Many companies have kept on or hired back those youth apprentices, and that’s what it’s all about,” Kvale said.

Thomas said she thinks Kvale’s networking is a product of her natural ability to find connections between people, careers and businesses.

“She was just such a community expert on reaching out and building those connections,” Thomas said.

After spending much of her earlier years as a placement specialist out of the office, Kvale said now she is back working one on one with customers.

“I just feel good if I can make a difference for someone,” Kvale said. She is a helper by nature. That, and she has a social work license and a background in teaching and adult education.

“I like the fact that I’ve kind of had a different road,” Kvale said.

She sees that different road pay off when she is able to help people find jobs in places they may not have thought to look — places like business windows.

“My teaching background tells me everybody’s learning style is not the same,” she said. This can apply, too, to the way people look for jobs.

And after they find them, sometimes Kvale gets let in on the success stories. In December, she ran into a man in the grocery store. He held up a hand with all five fingers extended.

So as she drives, Kvale is still looking for a job.