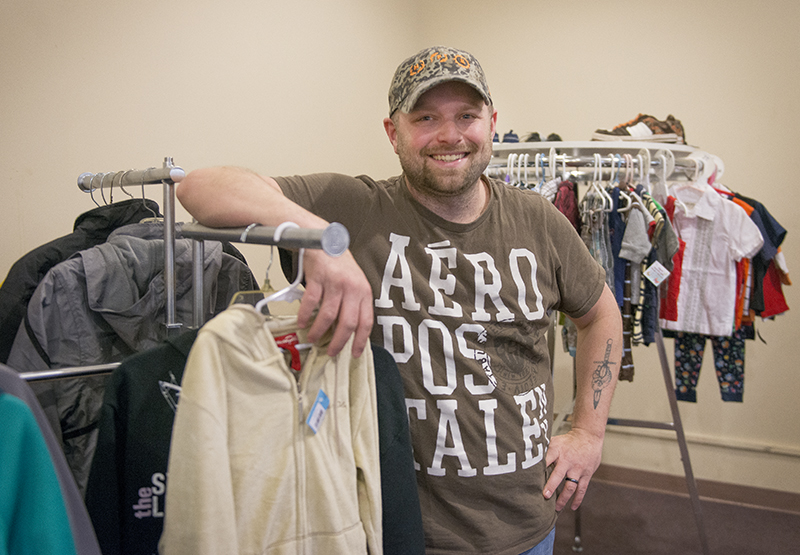 Kidz Clothez is into its second week as the clothing store owner looks to fill a niche in Northbridge Mall and the community.

“There isn’t really that kind of a store around here,” owner Aaron Bernstein said of his store.

He was inspired by Once Upon a Child in Mankato. Although Kidz Clothez is currently selling secondhand and new children’s clothes, his plan is to open the store to consignment and to begin carrying some child-related furniture. He’s hoping to have the consignment portion of Kidz Clothez up and running by the summer. 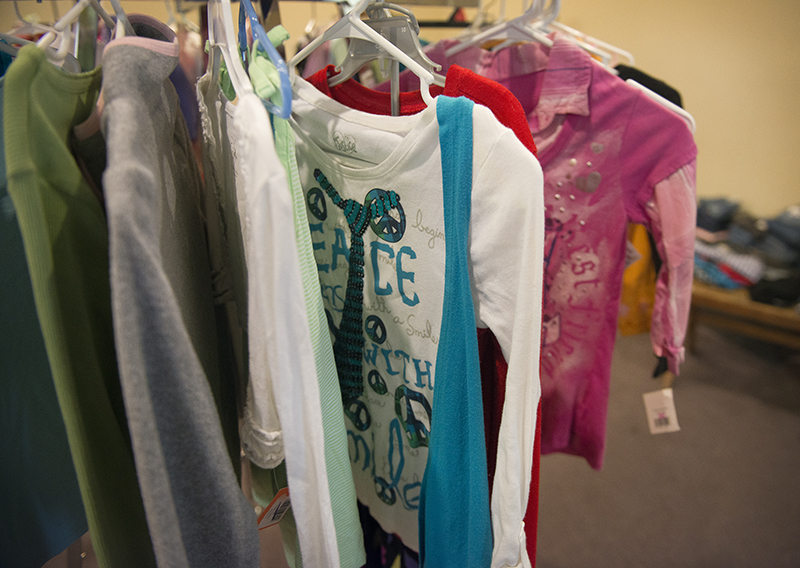 Bernstein said he was inspired to open a children’s clothing store in Albert Lea by Once Upon a Child in Mankato. – Colleen Harrison/Albert Lea Tribune

Now, it’s a week-to-week thing as he continues to get product for the store, but Bernstein said he’s happy with what he has stocked. The age range for clothes the store sells runs from infant to pre-teen, he said. Some of what he’s working with is new, purchased by Bernstein from The Children’s Place, and some is second-hand from a variety of places: clothes previously belonging to his own children, ones donated to the store and some from his mother-in-law’s store in Hastings. Barbara Odman said she needed to make some space in her own store, Chrysalis Handcrafted Gifts, Massage and More.

“I decided that he could use them and then try them down there,” she said.

Bernstein’s fiancee, Alicia Hoffman, said Bernstein had wanted to open something up for several years. A children’s clothing store was one of the ideas she put her stamp of approval on. 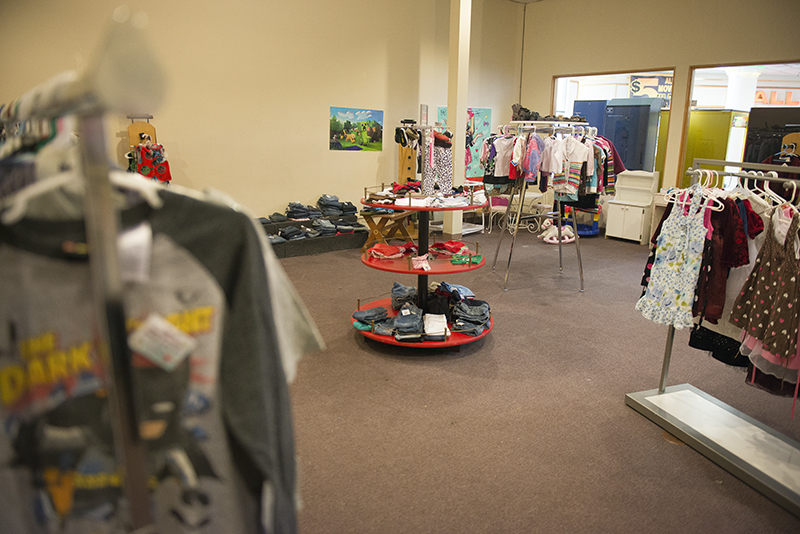 “It’s been a very hectic and fast process,” she said. “It just kind of happened very much overnight.”

The long-term goal for Kidz Clothez is to move to a bigger unit in the mall. Bernstein said he chose Northbridge Mall over opening the store in Wells, where he lives, because he liked the foot traffic the mall seemed to provide. He also said he did his research on what was already in the mall. He put out feelers in the form of Facebook polls and got largely positive feedback about opening a children’s clothing store.

There’s a potential for the store to cut down on travel time for parents looking for clothing, Bernstein said. That’s where he sees his niche.

“I’ve been in that, you know, the position where there isn’t anything locally … and I don’t want to drive to Mankato,” Bernstein said. “I’m helping parents so they don’t have to drive that far. That’s the ultimate goal, is it’s a convenience thing, and it’s — I know there’s plenty of parents out there that would love to be able to shop locally rather than having to put their kids in a vehicle and drive for a half-hour, 45 minutes and then by the time they get to that store, they don’t really want to shop anymore.” 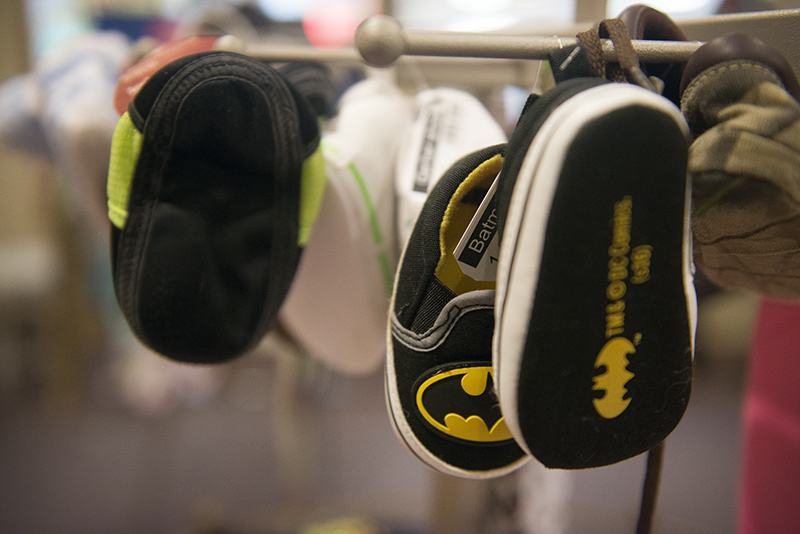 Bernstein said he was inspired to open a children’s clothing store in Albert Lea by Once Upon a Child in Mankato. – Colleen Harrison/Albert Lea Tribune