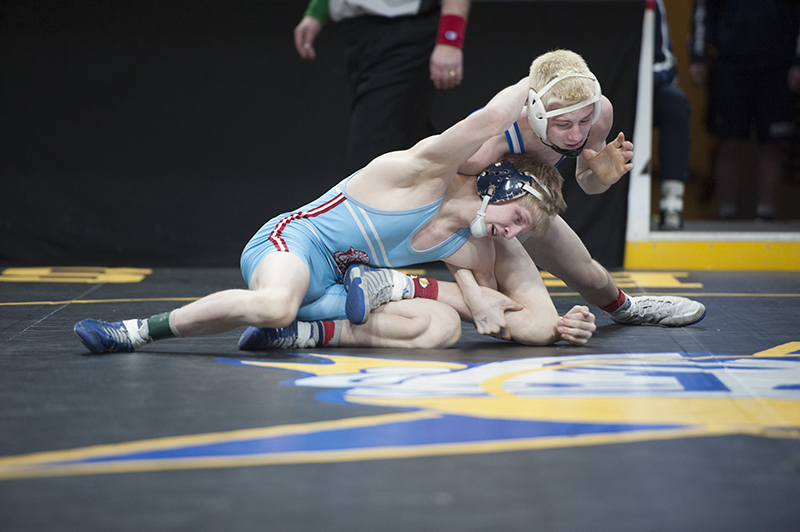 ST. PAUL — The Albert Lea wrestling team wrestled in the opening round of the Minnesota state dual tournament Thursday morning against a tough one-loss Willmar team.

Despite picking up a couple of bonus-point wins early in the dual, the Tigers would be unable to keep pace with the Cardinals, falling 50-18.

The Tigers went on to redeem themselves in the next two duals, ultimately finishing in fifth place in Class AAA. They beat Minnetonka 50-14 in the consolation semis, then went on to beat Hastings 40-25 to claim the fifth-place spot.

Starting the Willmar dual for the Tigers was seventh-grader Cole Glazier. He would fall victim to a pinfall in the first period. Junior Nic Cantu would pick up the Tigers’ first win with a 12-1 major decision, cutting the early deficit to two points.

Through four matches, Albert Lea trailed by two points. However, Willmar would open up its lead over the next two matches. Seniors Logan Donovan and Ty Harms would lose their matches via pinfall — Donovan in the very last second of the first period at 1:59, and Harms also late in the first period at 1:49.

Senior Gavin Ignaszewski would grab a win for the Tigers with an 11-3 major decision, but at that point the Tigers were on the wrong end of a 22-12 deficit.

Fresham Griffin Studier would lose in a 6-1 decision, followed by senior Brody Nielsen losing in a 4-0 decision. The Tigers found themselves down 28-12 and in need of multiple bonus-point wins to have a chance at winning the round. However, with just five matches remaining it would be a tall order to fill.

Junior Zach Glazier would do his part for the team, picking up a pinfall in the second period. Senior Levi Kermes would fall in the following match via a major decision, 13-0. 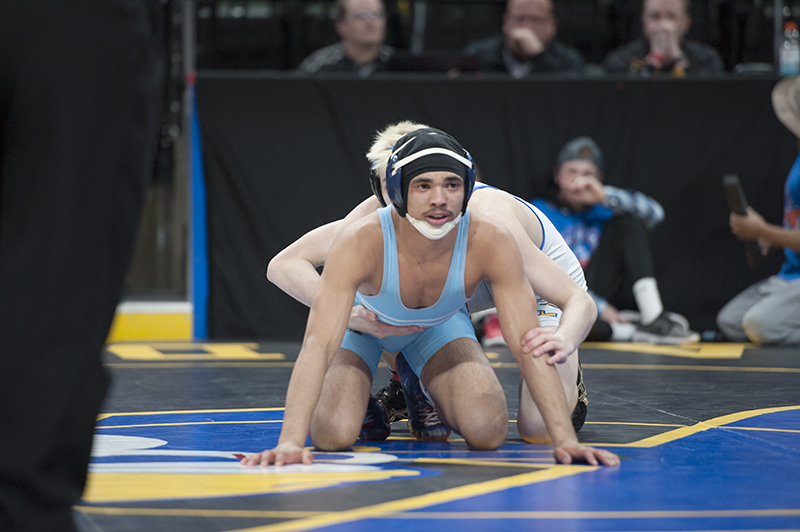 The final three matches of the dual would all end in pinfalls for the Tigers. Seniors Spencer Indrelie and Jaime Valdez and junior Cristian Garcia each fell victim to falls at various points in their matches. Indrelie in 3:02, Valdez in 1:06 and Garcia in 2:18.

The second dual of the day would fare much better for the Tigers. Cole Glazier would again start the dual for the Tigers, this time coming out on top with a 12-4 major decision. Cantu would grab his second win of the day with a pinfall in the first period.

Talamantes would fall in his match in a major decision, 10-2. The Tigers would then go on a four-match winning streak to take a commanding lead in the dual.

Senior Garrett Grandstrand would fall in his match via a 13-1 major decision, but at that point the Tigers were out to a commanding 23-8 lead.

Kermes would secure the Tigers victory with a pinfall in the last half-minute of the third period. Zach Glazier would pick up a pinfall in 43 seconds, followed by Indrelie getting a fall in 2:38.

Junior Brady Nielsen would get a 10-5 decision win in his first match of the day and Garcia would fall to a pinfall in the first period of his match to end the dual.

The Tigers got off to a hot start in the fifth-place dual, winning their first six matches.

Cole Glazier won his match by decision, followed by Cantu getting his third bonus-point victory on the day with a pinfall in the second period.

Talamantes would pick up his first win of the day with a 6-2 decision win, putting Albert Lea up 12-0 three bouts in. Johnsrud notched a technical fall in his match, not allowing his opponent any points, 16-0.

Donovan got another bonus-point win with an 11-1 major decision, followed by the Tigers’ second technical fall of the dual — this time coming from Ignaszewski, 18-2.

Nielsen would get the Tigers back to their winning ways with their third technical fall of the dual, 15-0. Zach Glazier capped off his state dual experience with his third pinfall of the day, this one coming in the second period.

Cantu, who missed a chance at individual state because of an illness during the section tournament, talked about being here and the team’s ability to bounce back after losing its opening dual.

“I was pretty bummed that I had to miss out on individuals,” he said. “But I’m glad to be able to come here with the team. Even though we lost our first (dual), I’m happy we were able to come back and take fifth.”

As Albert Lea’s dual season comes to an end, five Tigers will start their individual tournament runs Friday morning. Cameron Davis, Johnsrud, Ignaszewski, Nielsen and Zach Glazier start in the first round of the Class AAA tournament starting at 11 a.m. Follow @altribunesports on Twitter for live updates and check back with the Tribune for results as they become available. 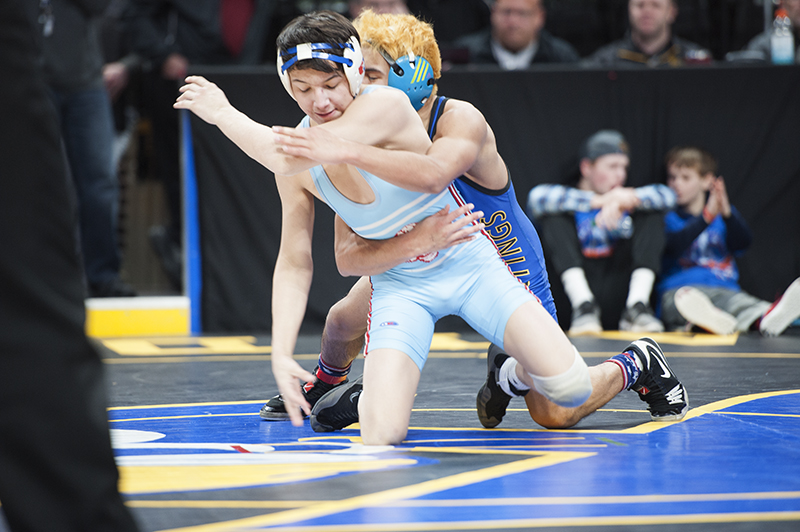