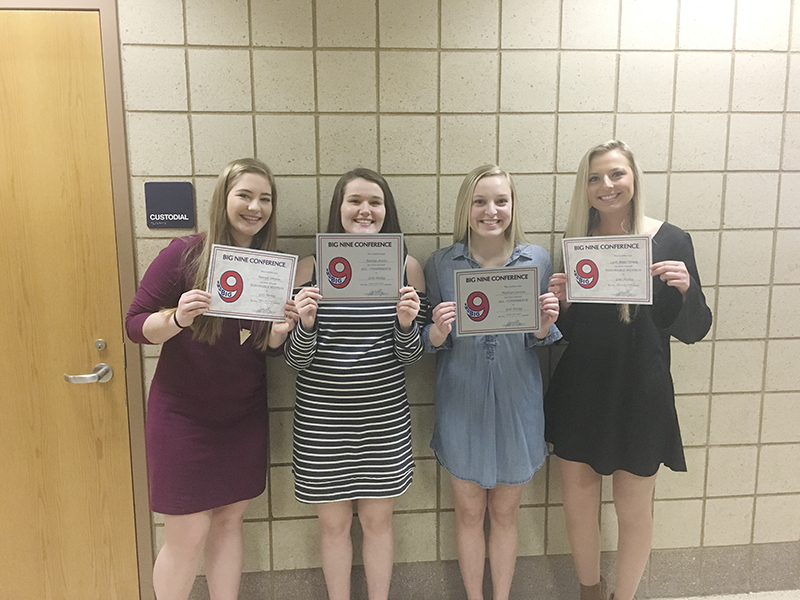 The Albert Lea girls’ hockey team hosted its annual year-end banquet where a variety of awards were given out. Pictured are the All-Conference award winners, from left: Hannah Johnson, Katie Steven, Maddy Carstens and Lyrik Blake-Domke. Other award winners were Jaiden Venem with Most Improved; Carstens with MVP, Most Points and the Hobey Baker Character Award; Johnson with Best Defensive Forward; Blake-Domke with Top Defensemen and Esther Yoon with the Tiger Award. - Provided 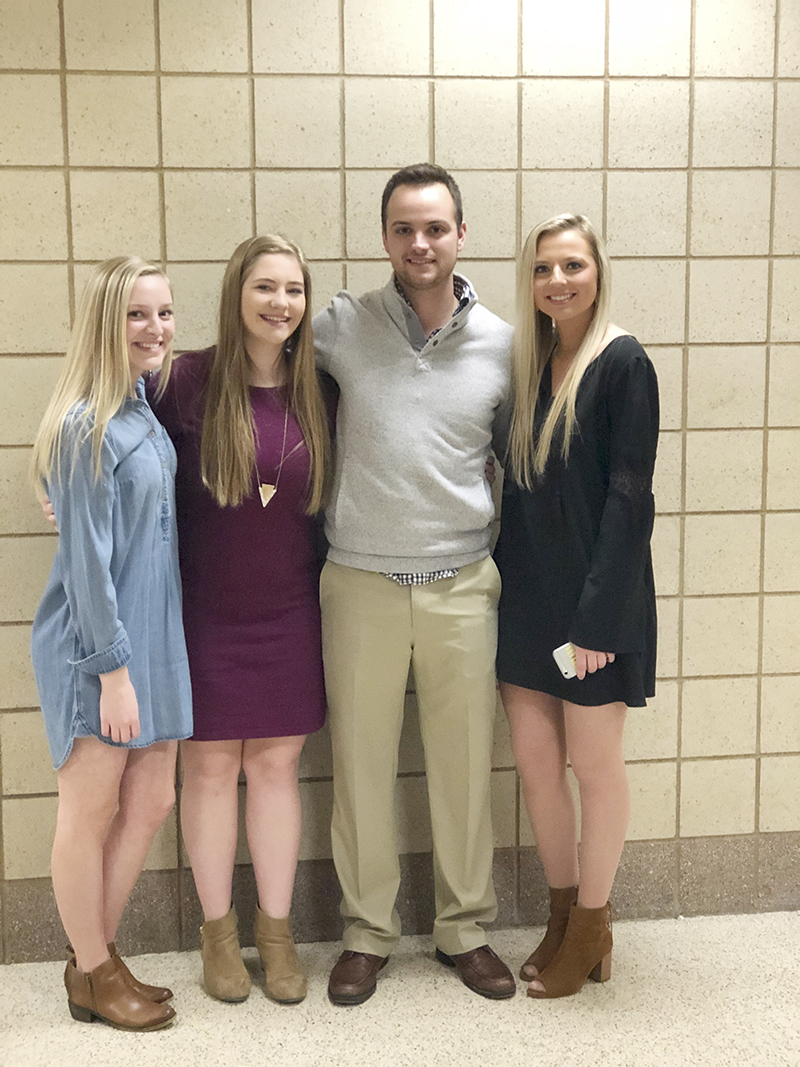 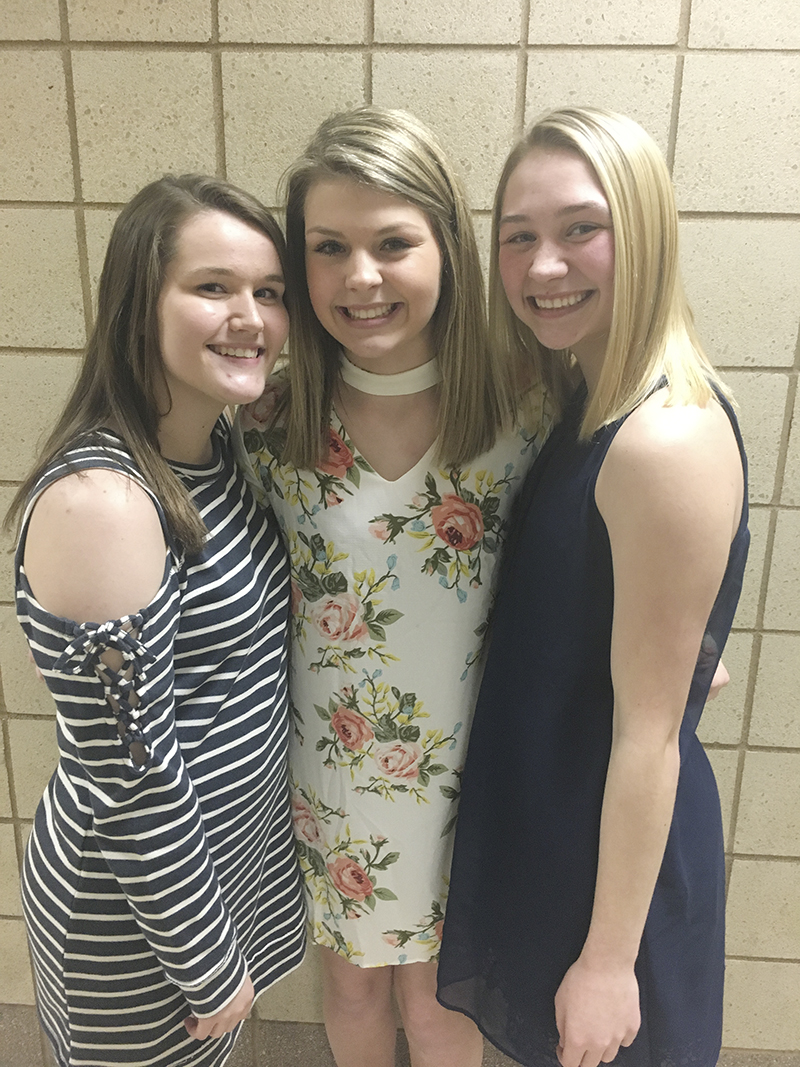 Next year’s team captains were also announced at the banquet. They are Katie Steven, Mia Fjelsta and Adison Malakowsky. – Provided 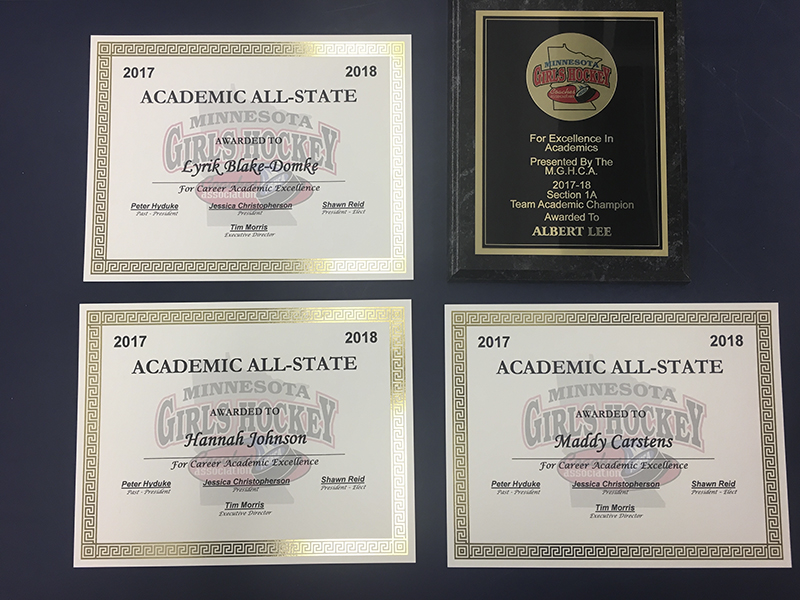 The girls’ hockey team was also named an Academic All-State team. As only one of 16 teams in the state to get the award, the Tigers had a combined GPA of 3.82. – Provided