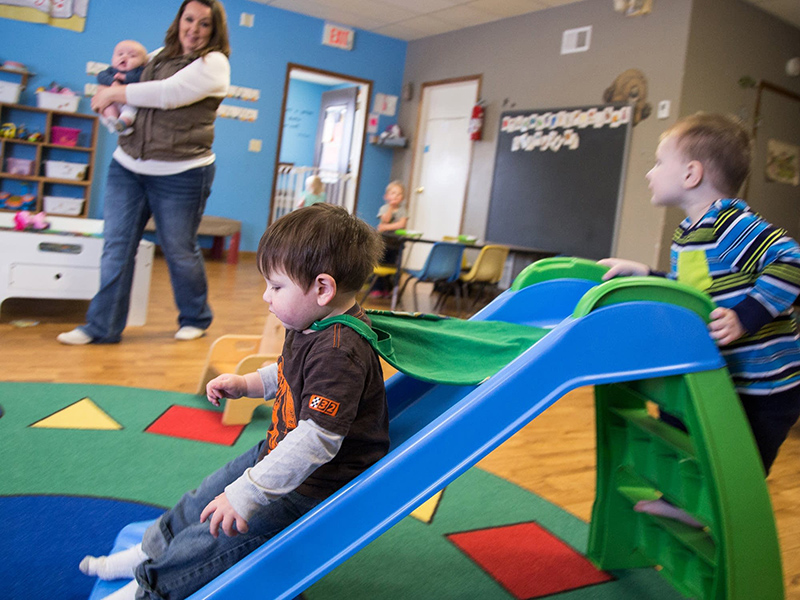 Working parents in rural Minnesota are struggling to find day care. And the younger the child, the harder it is.

Deja Quint, a working mom in Bemidji, is in the thick of it. And it’s awful.

Quint is looking for infant care for a baby she’s about to have — literally any day. Admittedly, she got a late start on the day care front. She didn’t realize she was pregnant until she was about 24 weeks along. But in the last couple months, she’s called at least 50 home day care providers, and so far has come up empty.

“The soonest opening I could find is in October, if I’m lucky,” she said. “I can’t wait that long.”

Quint has three jobs. If she can’t get day care, she’ll have to quit all but one.

This isn’t just an issue in Bemidji. It’s all across Minnesota. Research from the Center for Rural Policy and Development shows a massive day care shortfall, especially in the northern and central parts of the state. In northwestern Minnesota alone, they estimate roughly 2,500 children need day care, and can’t get it.

That’s mostly because small in-home day cares — places licensed to handle about a dozen kids — are closing at a startling rate. The Center for Rural Policy said there’s been a 25 percent drop in capacity statewide, in just the last 12 years.

In the Twin Cities, larger day care centers are starting to fill that gap. Centers have more overhead. They have to pay teachers and maintain highly regulated buildings, so they’re generally more expensive than in-home care. In more urban areas, they at least offer working parents an additional day care option. In rural Minnesota, centers aren’t nearly as common.

Amanda Theisen runs Little Duck’s Day Care, in the small town of Blackduck, north of Bemidji. It’s an average sized in-home day care. She says, infant care — what people like Deja Quint are looking for — is by far the hardest thing to find.

“I have five people on my infant waiting list,” she said. “And I get calls every week.”

Right now Theisen has two infants, one toddler, and eight other preschool aged children. Sometimes she has a helper. For most in-home day cares, that’s about how it goes. 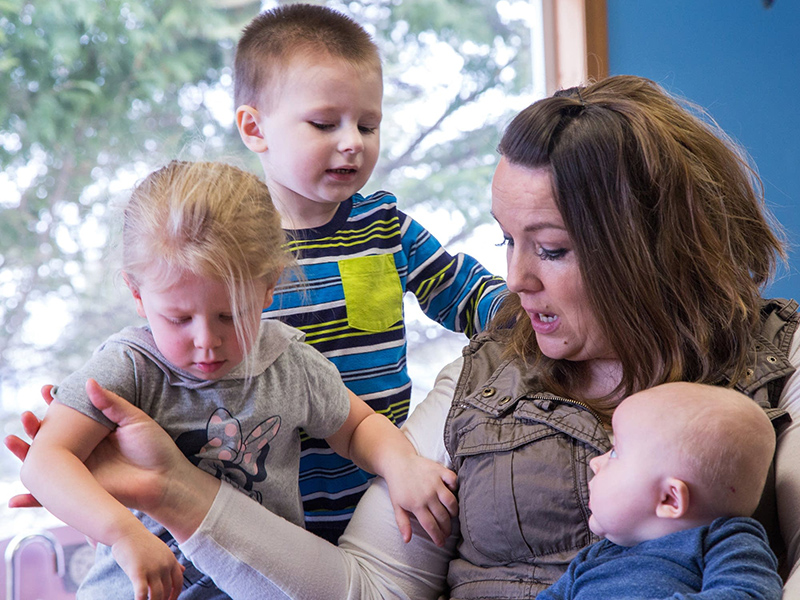 Amanda Theisen is qualified to have 14 children at her day care, but she accepts only 12. – Monika Lawrence/For MPR News

Blackduck is a town of 800, and according to city officials, there are only six in-home day cares. One of them is about to close. So, according to state ratios, there’s enough room in the city of Blackduck for 10 infants a year.

That’s not enough, and it’s starting to cause problems for the local economy.

Right across the street from Little Ducks, is Anderson Fabrics. It’s by far the largest employer in town. They make custom draperies for the rich and famous. Company president Steve Cochems said they’ve made products for Jim Carrey, Tiger Woods and the Clintons.

He employs 325 people, but has enough work to hire 100 more, right now. He just can’t get the bodies. At first he thought the problem was housing. He worked with the city and some developers, and they put up new apartments. He still can’t find enough workers. Now, he says, the problem is childcare.

“We have employees that aren’t able to get day care,” he said. “People who have a child, and are not able to continue working.”

Cochems is working with Blackduck City Administrator Christina Regas and a few other locals to expand the area’s day care capacity. They have a small grant through the Northwest Minnesota Foundation, and they’re looking to spend it on a loan forgiveness program — something to help new providers get set up.

But at this point, Regas isn’t sure that would be enough to keep existing day care providers, or entice new people into the business.

“Day care providers do not charge enough,” she said. “They should treat themselves as business owners. I think a lot of people go into it for the need, but forget about their own needs.”

Little Ducks is a prime example. Theisen charges $25 per child, per day. That sounds like it would add up, but she’s working 55 hours a week. When you figure in overhead, she’s only netting about $20,000 a year. That’s less than she made six years ago, when she worked across the street at Anderson Fabrics.

She said she can’t raise her prices, like Regas suggested. Local parents couldn’t afford it. She’s had clients drop out, because they can’t pay her current rates.

That’s why larger, higher-priced day care centers aren’t growing here like they are in the Twin Cities. That’s why in-home providers are closing. Even Theisen is thinking about hanging it up.

“I’ve been contemplating it for the last year,” she said. “I was going to quit and do something else. I just don’t want to leave all these parents with nothing, you know?”