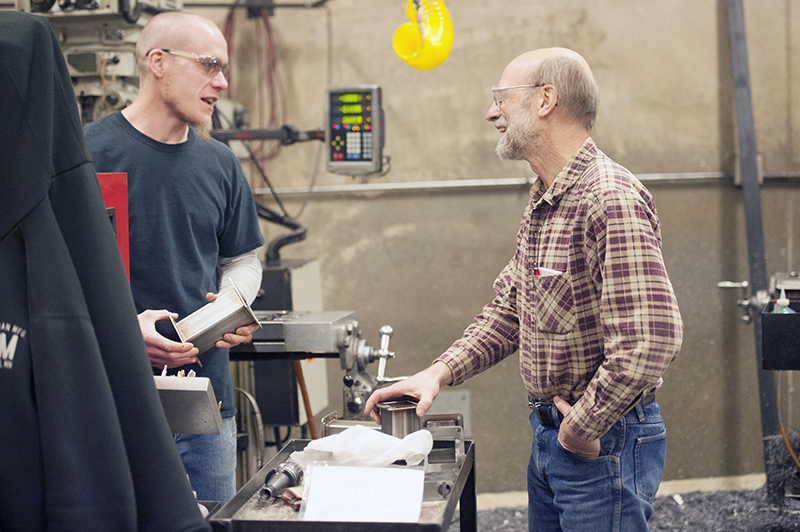 John Herman, right, talks with one of his employees out on the shop floor. Herman Manufacturing has been in buisiness for over 40 years. Tyler Julson/Albert Lea Tribune

Herman Manufacturing, now owned by John Herman and his brother, employs about 50 people and operates out of Wells. Although Herman said there are some challenges working in a small town, he has never thought about moving, and he said moving to a bigger area would pose the same challenges he sees now.

“This is where I was born and raised and where I choose to live,” Herman said. “I guess I just like living in a small town. We don’t have any more hurdles here than we would if we were somewhere like Albert Lea.”

“Our business has grown a lot just because our customers have bought out other businesses,” Herman said. “For example, we are working with a company that makes labeling machines. As they keep buying out more and more companies, that brings in more and more business for us. The best thing you can do is align yourself with a business that is growing.” 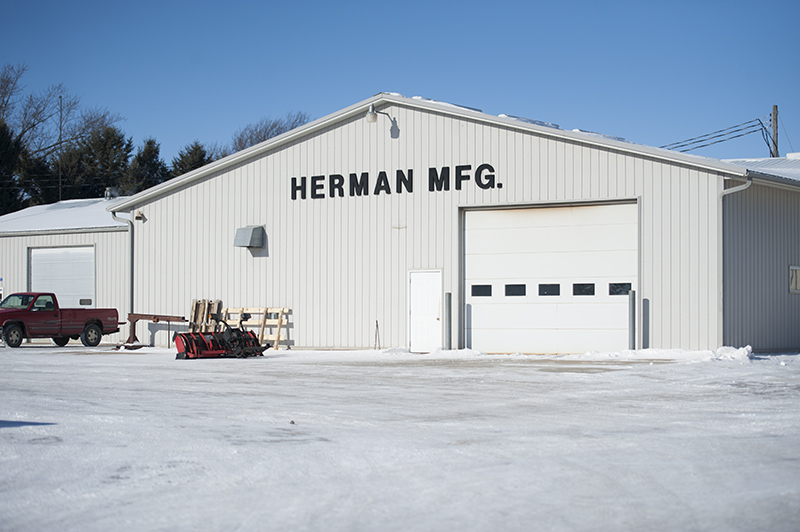 Herman Manufacturing operates out of many different buildings in Wells. They specialize in making products for many different business that operate all over the world. Tyler Julson/Albert Lea Tribune

At one point, Herman Manufacturing was involved with NASA’s space shuttle program. It made parts for the ground support tooling, producing parts that were needed to make the fuel tank on the space shuttle. Due to the advancement in technologies and NASA’s movement away from shuttle programs, Herman Manufacturing no longer makes the part. However, Herman said partnering with an organization like that was way more than he ever expected out of the company.

“It’s humbling,” he said.  “When I started out 40 years ago, I bought a mill and a lathe and I aimed to be a one-man machine shop, and now it’s grown into this.”

With the growth of the business, he hasn’t been able to be out on the shop floor as much as he would like to. He hopes that one day he’ll be able to return to the shop and have someone else take care of the office work.

Herman said the biggest difference from when he started was the turnover time he had to get the products to his customers. He said when he started, estimated delivery dates were months out in advance, but with the advancement in technologies, he said if it’s a simple enough part, they can get it made and shipped out the very next day.

“I love making things, which is why I got into this,” Herman said. “It’s what I miss most about being out in the shop. I have always had the mindset, if there’s something I want I’m going to make it.”