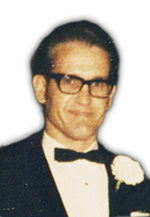 Per his wishes, Bill’s body has been cremated.

A celebration of life visitation will be from 4 to 6 p.m. Wednesday at Conner Colonial Chapel, 1008 First Ave. S. in Northwood. It will be a casual time to be together to remember Bill. The family asks that you come with memories of Bill and enjoy refreshments. Memorials may be directed in care of Bill’s family.

William was married to Margaret Jacobson in 1954 and to this union four children were born: Susan, Toni, William Jr. and Marilyn.

The couple divorced and in 1964 William was united in marriage to Ione Hecker and gained four more children: Daryl, Lynne, Catherine and Barbara. They then welcomed two more children, Patricia and Jeffery.

William was a “stick to himself” kind of person and did not really care for big crowds of people. He enjoyed his family, camping in his earlier years, fishing and drinking a beer with the boys. He was also an avid Vikings and Twins fan. He did several jobs over the years and had a knack for fixing things. He started working at Weyerhaeuser in the early ’70s, retiring in 1994. 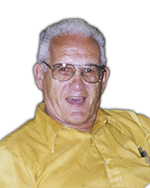