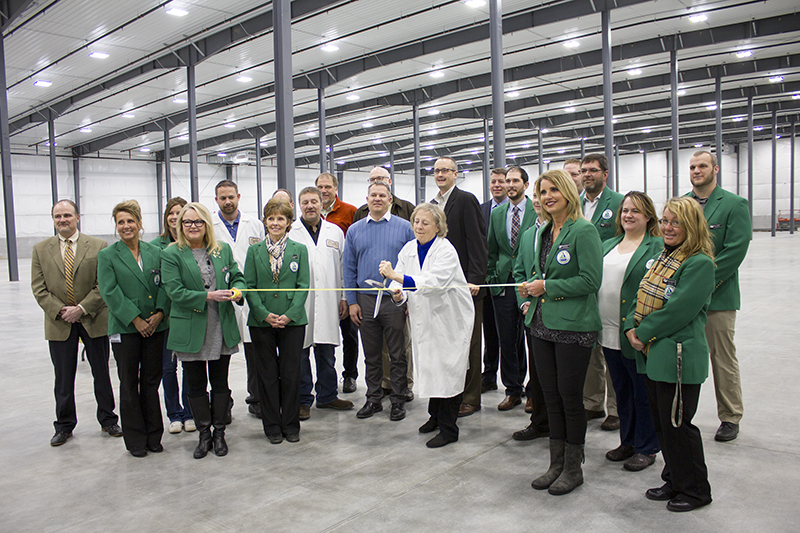 Local officials commemorated the opening of the 74,000-square-foot Zumbro River Brand warehouse Tuesday, a project that is expected to bring at least 20 jobs to the community.

The warehouse is adjacent to the Zumbro River Brand plant in Northaire Industrial Park.

During the ceremony, Albert Lea Economic Development Agency Executive Director Ryan Nolander presented an overview of the project and thanked community partners for helping in the process.

“The team at Zumbro River have been great to work with,” he said.

“It’s a win-win for everybody.” 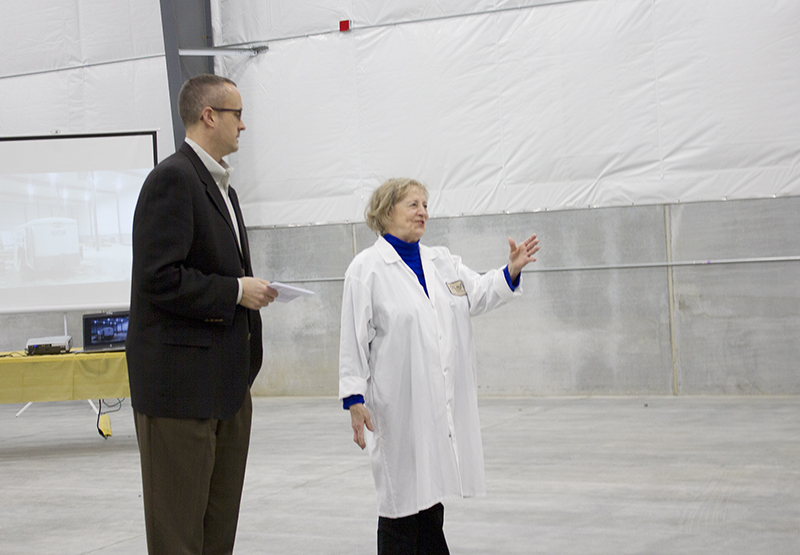 “ZRB is growing so well, and to be able to build this giant, new warehouse for us is just going to make the growth be faster and better,” she said. “And it is just amazing — the opportunity we got to build this and work with the city to do this was just awesome.”

“This is so perfect for us,” she said. “The efficiencies are so great to be able to just come right in here from production and not have to load it on trucks and take it to the other side of town. It’s a win-win for us.”

Sander said the business plans to start moving items into the facility in about two weeks. The process is expected to take about one month.

In a press release, Sander said Zumbro River Brand staff have been impressed with the help ALEDA has provided since the business entered the community in 2006.

“This warehouse project exemplifies the creativity, effort and leadership that Ryan Nolander and his team bring to their mission,” she said. “Zumbro River Brand very much appreciates this opportunity to expand, and we look forward to fulfilling its expectations for community benefits.”

“It’s efforts like these that will continue to build a strong bond between our community and the companies that choose to make Albert Lea a success,” said Albert Lea Mayor Vern Rasmussen Jr. in the release. “I would like to say thank you to ZRB for their continued support and growth in our community. Partnerships between our private and public identities will be important to the continued growth and prosperity of Albert Lea.”

After the ceremony, Nolander said the event was “exciting.”

A contract food manufacturer, Zumbro River Brand produces food products to customer specifications such as instantized beverage mixes, crisps for nutrition bars and high protein snacks. The business bought an Owatonna facility in 1985 and purchased its Albert Lea facility in 2007.