A strong showing for Alden-Conger 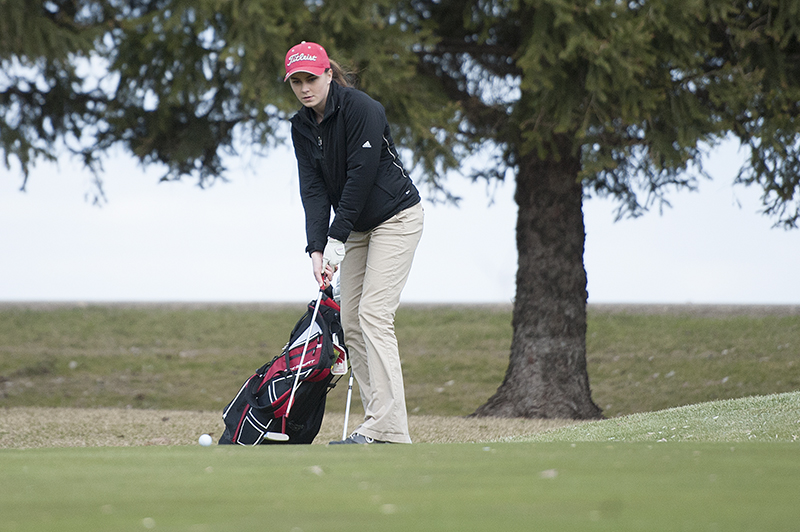 Alden-Conger sophomore Annika Riebe watches her putt on hole No. 2 Friday afternoon at Oakview Golf Course in Alden. Reibe would dominate the rest of the field, shooting a score of 49. - Tyler Julson/Albert Lea Tribune

ALDEN — The Alden-Conger boys’ and girls’ golf teams played host to a handful of teams that made their way to Oakview Golf Course for a meet Friday afternoon.

Despite the windy conditions, both teams were able to finish in the top two, with the boys’ winning the meet and the girls’ taking second place. 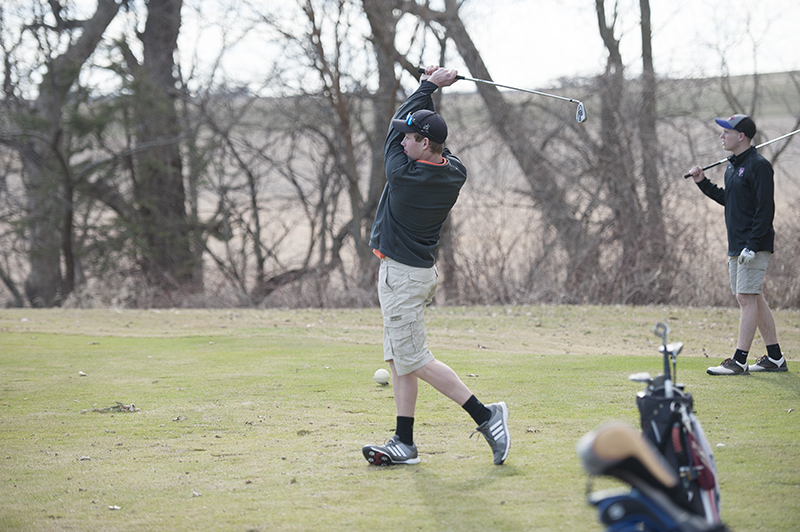 Alden-Conger junior Ryan Hansen tees off on the par-3 eighth at Oakview Golf Course on Friday afternoon. Hansen shot a 48, tying him for third place among all scorers. – Tyler Julson/Albert Lea Tribune

Top scorer for the Knights was junior Erik Theusch, who shot a 44, which also tied him for the best score of the day on the boys’ side. He was followed by junior Ryan Hansen and freshman Isaac Burgett with rounds of 48 each. Rounding out the scoring for the Knights with a round of 54 was junior Austin Attig.

The boys’ finished with a combined score of 194, beating Grand Meadow/LeRoy-Ostrander by seven strokes and St. Clair by eight strokes. 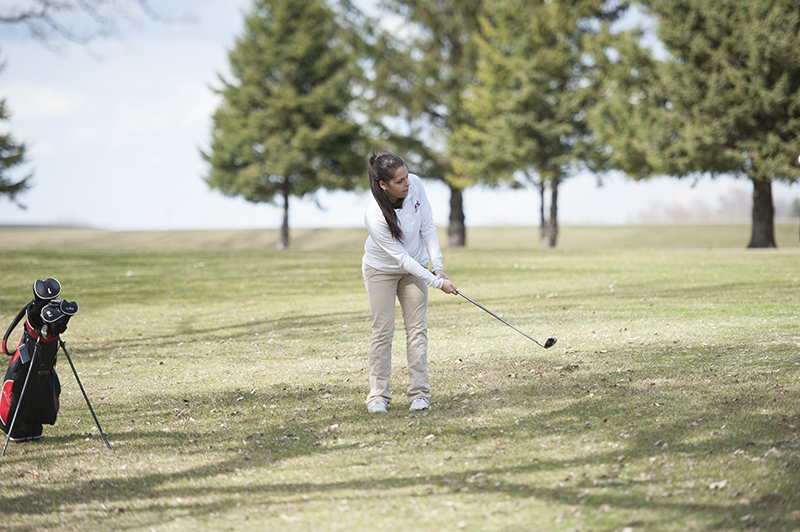 Alden-Conger senior Sydney Chicos chips a shot onto the green early in her round at Oakview Golf Course on Friday afternoon. – Tyler Julson/Albert Lea Tribune

On the girls’ side, Grand Meadow/LeRoy-Ostrander was unable to fill an entire team. However, Fairmont was there to make it three girls’ teams vying for the top spot.

Sophomore Annika Reibe dominated in her round as the Knights’ No. 1 golfer. She finished with a score of 49, beating the nearest competition by three strokes. Sophomore Ahnika Johnson was second for the Knights with a round of 55, followed up by senior Sydney Chico with 59 and junior Autumn Soost with 60.

Alden-Conger finished the meet with a team total of 223, which was enough to route St. Clair by 77 strokes. However, Alden-Conger would come up just three strokes shy of tying Fairmont.

Both the boys’ and the girls’ teams will be back in action Tuesday when they travel to Fairmont to take on Madelia at the Fairmont-Rose Lake Golf Course. 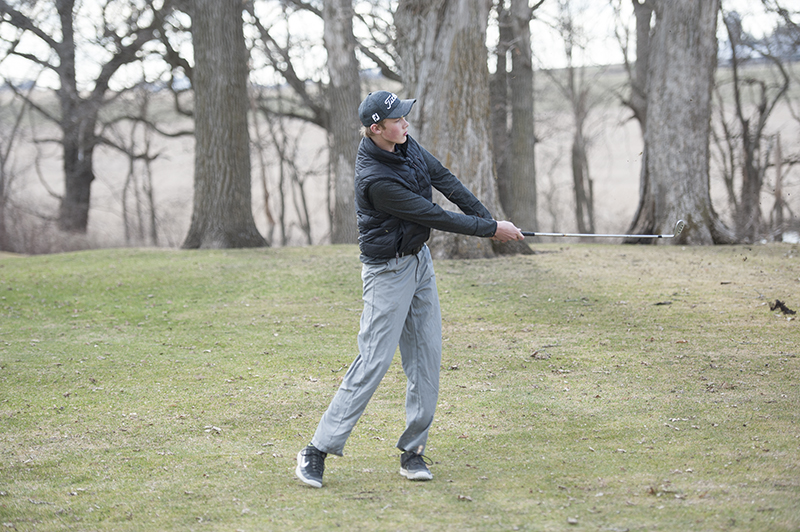 Alden-Conger junior Erik Theusch takes his approach shot from about 75 yards out during the meet at Oakview Golf Course on Friday afternoon. – Tyler Julson/Albert Lea Tribune