Albert Lea gets first victory of the season 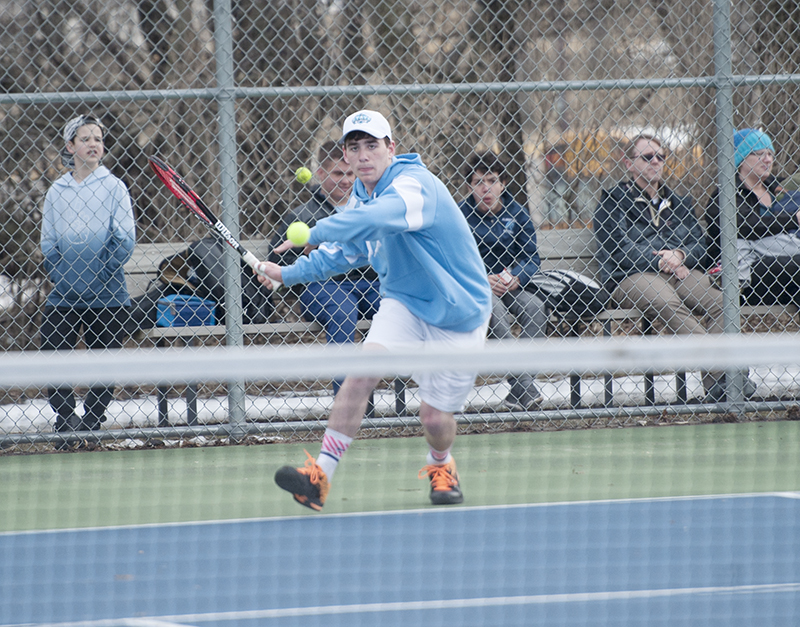 Albert Lea senior Levi Kermes looks to return a shot during his match Thursday night. Kermes would win his match 6-2, 6-3 as the Tigers swept the Buccaneers, 7-0. - Tyler Julson/Albert Lea Tribune

The Albert Lea boys’ tennis team found redemption for its season opening loss as it hosted Blue Earth Area on Thursday night. The Tigers would dominate the Buccaneers, cruising to a 7-0 sweep. 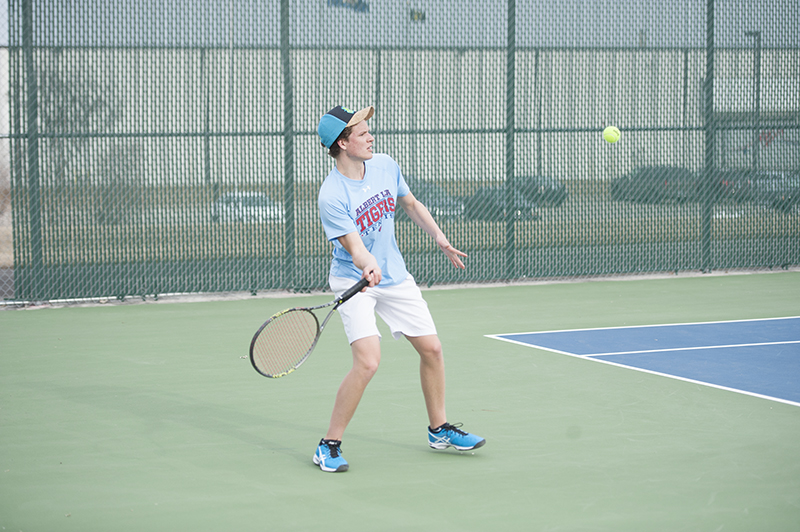 At the No. 4 position, sophomore Sam Yoon put on the most dominant performance in the singles competition. Yoon won his match without giving up a single game, 6-0, 6-0.

It was more dominance from the Tigers on the doubles side, as just one game was given up over three matches. The team of seniors Keith Grzybowski and Andrew Huerta-Ortiz won in the No. 1 spot, 6-0, 6-0. The team of juniors Jaxon Heilman and Matt Edwards won 6-0, 6-1; and senior Brayden Boettcher and sophomore Cole Indrelie won 6-0, 6-0.

The dominating victory put Albert Lea back on the winning path while still in the early stages of the season.

As a team, the Tigers climb to 1-1 on the season and will be back in action Tuesday when they travel to Red Wing to take on the Wingers.