Curtis “Corky” W. Anderson, 78, passed away Wednesday, March 21, 2018, at St. Marys Hospital in Rochester. A celebration of life will take place at a later date. 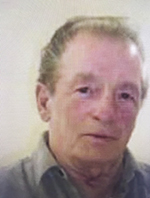 Curtis was born Oct. 31, 1939, in Scarville, Iowa, to Hazel and William Anderson. He married the love of his life, LaVonne “Bonnie” Oakland, on April 8, 1961. They had four children. They lived in the Freeborn County area for 57 years.

Curtis retired from Universal Tire Warehouse in 2002. He loved spending time with his children and grandchildren and was even lucky enough to enjoy great-grandchildren. He enjoyed family and friends coming out to the farm to visit. He had a passion for cars. He always had one around to tinker on, and he always had a family pet sitting by his side.

Curtis will be missed by all.