Former ‘The Voice’ hopeful to return to her ‘second home’ 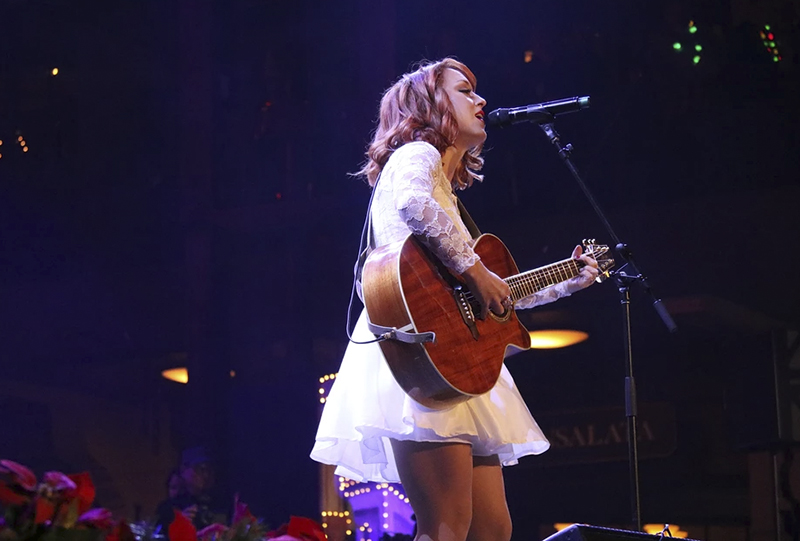 Although she has not performed in Albert Lea before, it won’t be Kansas City, Missouri-based singer-songwriter Casi Joy’s first trip to town.

Joy’s mother, Kay McCall, was born and raised in Albert Lea, and her grandparents Phyllis and Richard Tavis live there now. Joy spent summers and Christmases in the area.

Joy will perform April 20 for a sold-out crowd of over 300 at the Albert Lea American Legion.

American Legion volunteer coordinator Dave Mullenbach said it has been “a long time” since a show has sold out at the Legion.

“This has been the … easiest show that I’ve ever worked with … as far as selling tickets,” Mullenbach said.

Joy said the performance will be “a total mixture of everything” — classic country, new country, rock and some originals. She will also sing music from the album, “Covered in Joy,” she released Tuesday, full of fan-favorite cover songs.

“For these acoustic shows, when I play by myself, I kind of like to bring Nashville to wherever I’m at at the time,” Joy said.

She also threw out the words “honkey-tonk” and “yodeling.”

“The kids can get up and dance, and it will really be just a fun time,” Joy said.

She said she was excited to see that the show was sold out. She said she has had it happen before, but not yet in a different state than her hometown, and especially having never played in Albert Lea before.

“I was just over-the-moon excited about that,” Joy said of ticket sales.

McCall said she thought the ticket sales would go over well, and after a slow start, it snowballed into a sellout.

“We were kind of in disbelief,” McCall said. “She sells out a lot of shows, but I kind of didn’t know how it was going to go up there.”

Part of this may be due to the strength of a local fanbase.

“She’s got such a big fanbase up there, and … I’ve still got a lot of friends around there and family, and everybody’s been such fans of Casi’s,” McCall said — so much so that Joy jokingly called herself the “back-burner entertainment” to her grandparents and mother.

Mullenbach said the Legion will likely incorporate a basket night into the evening beginning at 4 p.m. Casi Joy will be available for a meet-and-greet from 5 to 6 p.m., after which she will perform a two-hour show. Mullenbach’s granddaughter, Holly Ryks, will open for Joy, beginning around 5 p.m.

Joy said she is excited to perform in Albert Lea.

“It does still feel like a second home to me,” Joy said. “We’ve spent so much time there. I learned how to ride a bike there … it’s definitely going to be a special show to get to perform  there with all these people that I’ve known since I was little that are finally going to get to see me perform.”

Her current schedule has Joy returning to perform in Albert Lea at the Freeborn County Fair on July 31 and at Fountain Lake Park on Aug. 9.