‘Just a little bit of delay’ 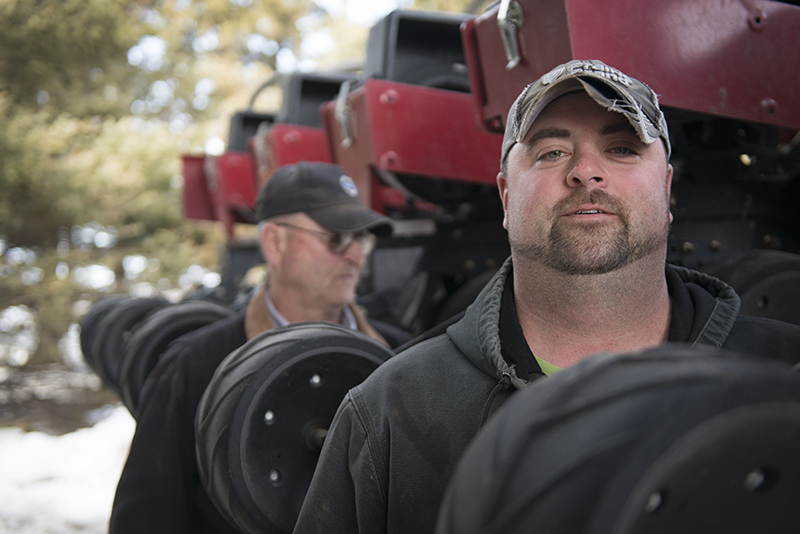 Farmer Ryan Hajek poses for a portrait with one of his planters while his father, Vince Hajek, looks over the machine in the background. - Colleen Harrison/Albert Lea Tribune

Despite cold spring, farmers still in decent position for planting

Area farmers are not yet reaching for the panic button over a slight planting delay caused by this spring’s cold temperatures.

Michelle Miller, who farms with her husband, Mike Miller, northeast of Hollandale said they generally like to be out by the end of April, with the bulk of their corn planted before May 1.

“No, that won’t happen this year,” she said.

Nonetheless, with the snow melting and an upcoming good forecast with no predicted precipitation, they are hoping to spray for some chemicals and fertilizer next week.

“This isn’t an extreme delay,” Miller said. “This is just a little bit of delay. The forecast looks good, so there’s no time for panicking — or no need to.”

At this point in the spring, Myrtle-area farmer Vince Hajek said he is not anticipating yield loss for corn.

“You can plant later and if the weather cooperates, your yield will be just as good,” he said.

Nonetheless, his son, Ryan Hajek, said the two would usually be planting by now. Vince Hajek said the two plant as early as they can because they can’t predict the fall’s behavior. 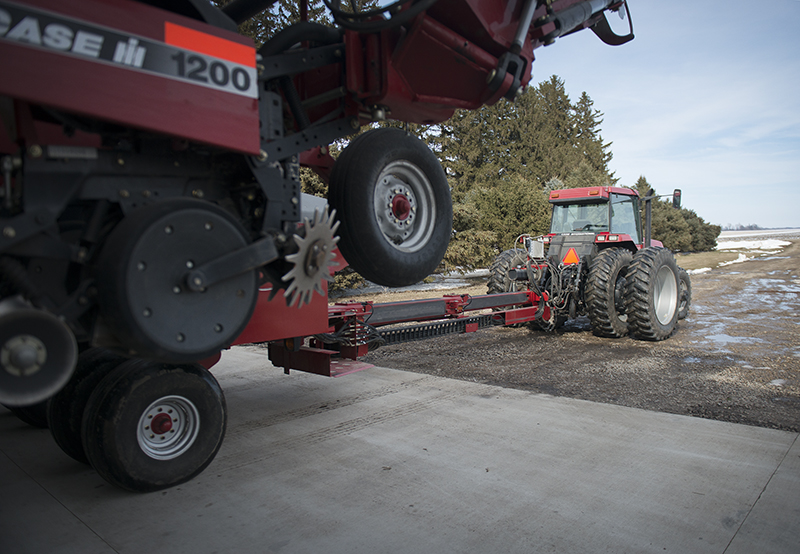 “Normally this time of the year (we’ve) got everything all ready to go, you know, ready to go out in the field, yeah, and probably in the field,” Ryan Hajek said. “The other day, I tried to get the shed door open, and it was frozen.”

Still, Vince Hajek said he will not be nervous about getting the corn in the ground unless May 10 comes and goes without planting. Ryan Hajek cited their ideal planting window — assuming ideal conditions, Vince Hajek noted — as between April 15 and May 10.

Hajek noted that 2015, 2016 and 2017 were Minnesota record corn yields, and all had early plants. High yields, too, help make up for a low market price.

Miller also said as long as their corn is in by mid-May, they should be fine.

“If the snow can melt fast enough and the sun stays out like it’s supposed to be, we don’t really forsee a problem getting the corn,” Miller said.

Neither is Miller concerned about the amount of precipitation brought by April. She said she saw the snow melting Friday without much sitting water. With unfit ground and too much moisture, Hajek said farmers could deal with poor emergence.

Additionally, snow keeps the ground cold. For corn to germinate, Ryan Hajek said, the soil temperature needs to be 50 degrees.

Nonetheless, he said this time of year is not when corn amasses the majority of its growing degree units, and therefore lower temperatures now are not insurmountable.

“It’s just important to wait for the right field conditions and soil temperatures before farmers get out there, and not try to rush it,” Miller said.

Neither she nor the Hajeks are concerned with their soybean crops, as the soybean planting window extends from May into June. But for that, too, the Hajeks consider earlier better. “Basically, from now, the next four to five weeks are really crucial,” Ryan Hajek said.

If the weather stays sunny, farmers may be sitting pretty. But whether or not the Hajeks get to plant by May 10 — “That’s up to Mother Nature,” Vince Hajek said.