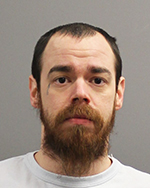 Travis Kyle Mayer, 29, is described as white, 6 feet and 1 inch tall, and weighing 185 pounds. He has brown hair, brown eyes and a slender build. He moved into the area of East Main Street and Rezin Avenue.

Mayer is classified as a Level 3 offender, an offender with the highest likelihood of reoffending.

He served prison time after being convicted of third-degree criminal sexual conduct in December 2012, according to authorities. He engaged in sexual contact with a 13-year-old girl, including sexual touching and attempted penetration. Deceit and physical force were reportedly used to gain compliance. The victim was described as vulnerable due to a developmental disability.

Mayer was known to the victim.