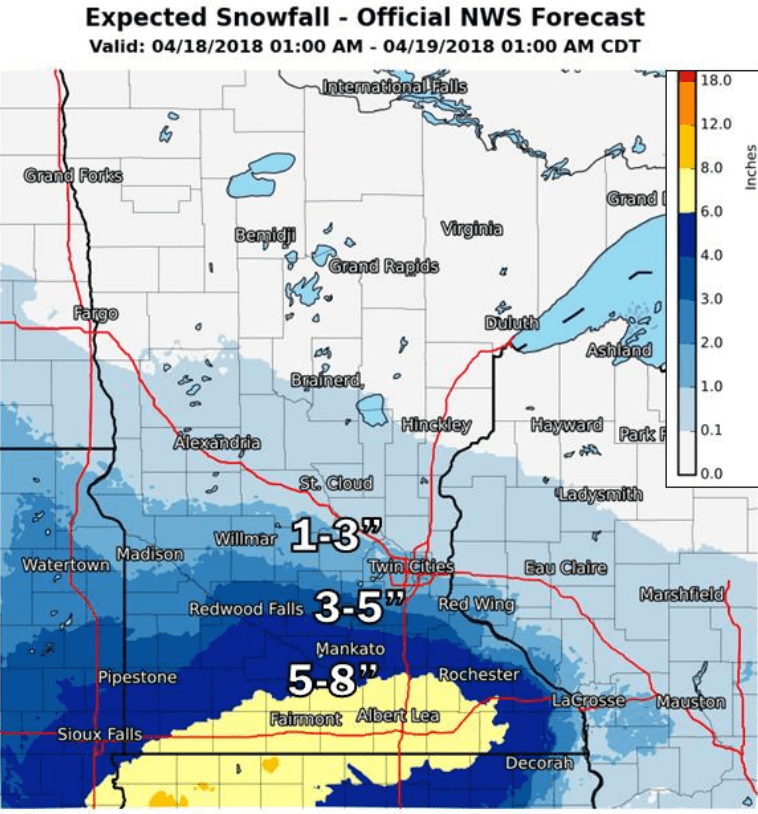 This graphic from the National Weather Service shows a potential for more snow Tuesday night and Wednesday. Provided

On the heels of a spring storm that dumped 8 inches of snow on Albert Lea, another storm is expected to bring more accumulating snow to the area Tuesday night and Wednesday.

According to the National Weather Service, a low pressure system coming out of the Central Plains Tuesday will shift across Iowa Wednesday and into the Great Lakes Wednesday night.

A mixture of freezing rain, sleet and snow can be expected, although mainly snow is likely.

The Weather Service has issued a winter storm watch for late Tuesday night through Wednesday evening.

People should plan on difficult travel conditions, including during the morning commute on Wednesday, as significant reductions in visibility are possible. The Interstate 35 corridor south of the Twin Cities and throughout the Interstate 90 corridor could be hazardous, according to the weather agency.