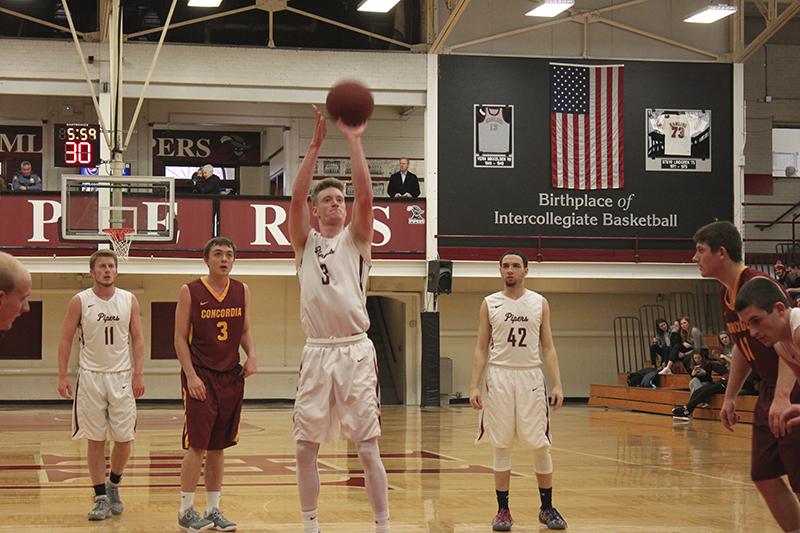 A 2014 graduate of Albert Lea High School, Dylan See-Rockers went on to continue his athletic career at Hamline University in St. Paul. As a guard/forward for the Pipers basketball program, See-Rockers has earned numerous honors and played the best statistical season of his career this year.

After four years playing at the collegiate level, See-Rockers said the biggest difference switching from high school to college basketball was the speed of the game. He said after gaining some experience, he realized how important it was to change speeds and play under control with consistency. 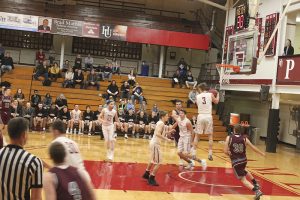 See-Rockers hopes to enter the business field after graduation in May. He wants to find a job that focuses on marketing and sales. – Photo Courtesy of Hamline University Athletics

In his senior season for the Pipers, See-Rockers averaged 12.5 points per game and led the team in both rebounds, with 129, and three-pointers, with 43. His 43 three-pointers was six more than he made in his first three years combined.

See-Rockers said the hardest part about being a student-athlete was the time management skills needed to balance everything.

“Being a student-athlete, you learn that your time is very valuable and you have to use it wisely. Whether that is going to practice, lifting, doing homework, eating healthy meals, socializing or going to class,” See-Rockers said. “You learn quickly that planning your day and managing your time is very important for success in the classroom or on the court.”

After graduation, See-Rockers plans on getting a job in the business field that focuses on marketing or sales. His goals are to understand the ins and outs of the business world so he can eventually own his own business.

When he isn’t in the classroom or working on his game, See-Rockers said he enjoys being outside with his family and friends. Spending the day at a Twins game, on the lake or traveling is his idea of a perfect day.

He had some advice to any high school athletes who are thinking about continuing their athletic careers at the collegiate level.

“Go all in, no what-ifs,” he said. “If you are going to try and compete at the next level, you need to understand that it isn’t going to be easy and it is going to be a lot of hard work, both mentally and physically. If you are up for that challenge, start putting together a highlight film or get game film from the year and start sending it out to coaches, the earlier the better… The best thing you can do is get as much exposure as possible to get your name out there.”

“Sports in general are invaluable and teach you many life lessons along the way, so take pride in whatever sport you compete in and be open to learning along the way,” he said. “Remember that being coachable, a good teammate and working hard goes a long way.”