Starting the season with a heartbreaker 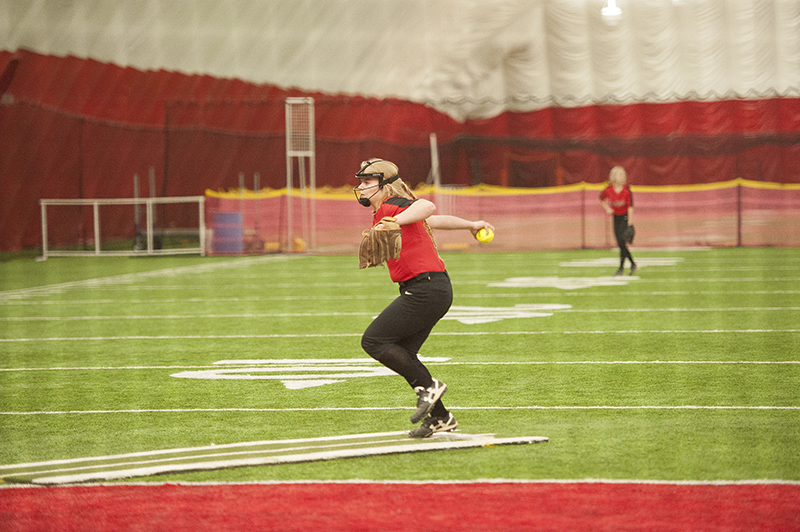 AUSTIN — The NRHEG softball team traveled to Austin on Friday night to play in its first games of the season. With one game against Medford and one game against Waterville-Elysian-Morristown, NRHEG was looking to start its season on the winning path.

The team’s first game came down to a play at the plate in the last inning. Unfortunately, the call went in favor of the Tigers, as the Panthers came up just one run short, 8-7.

The Tigers wasted little time being the first to put runs on the scoreboard. A two-run home run in the first inning put the Panthers in a early hole. The Tigers would add two more runs in the second inning after a couple of walks pushed the runs across the plate.

NRHEG would close the gap in the bottom of the second inning after a two-run single from junior Alexis Anderson and a triple from Cloie Arndt to bring the score to 4-3. 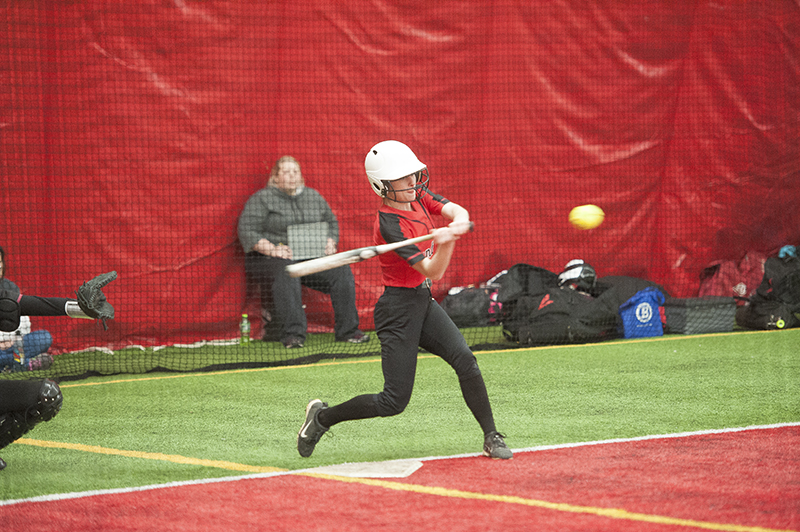 NRHEG sophomore Paige Knudson lays down a hit for a single in the first inning against Medford. Knudson would finish the game one for three from the plate. – Tyler Julson/Albert Lea Tribune

Separated by just one run, the teams would go scoreless over the next couple innings. That was until a bunt was able to get Arndt across to tie the game.

The Tigers would answer right back in the sixth inning with two runs coming from two singles. However, the Panthers resiliently tied the game back at six with two runs of their own. Sarah Johns crushed a single home run in the first at-bat of the inning, followed by a single from Arndt that scored Sophie Stork.

Tied at six, the game would be decided in the seventh and final inning.

The Tigers would jump on top with two runs being pushed across by bases-loaded walks. The Panthers would put a scare into the Tigers in the bottom half of the inning by loading the bases with one out. A strike out would lead to the bases loaded

With the bases loaded, Anderson hit a single that scored one run, but as the second run came around to score, she was called out at the plate at the very last second.

The Panthers lost the game in heartbreaking fashion and fell to 0-1 on the season. As of press time, results of the second game were unavailable. The Panthers are scheduled to be back in action Monday, when they play Blue Earth Area at home.