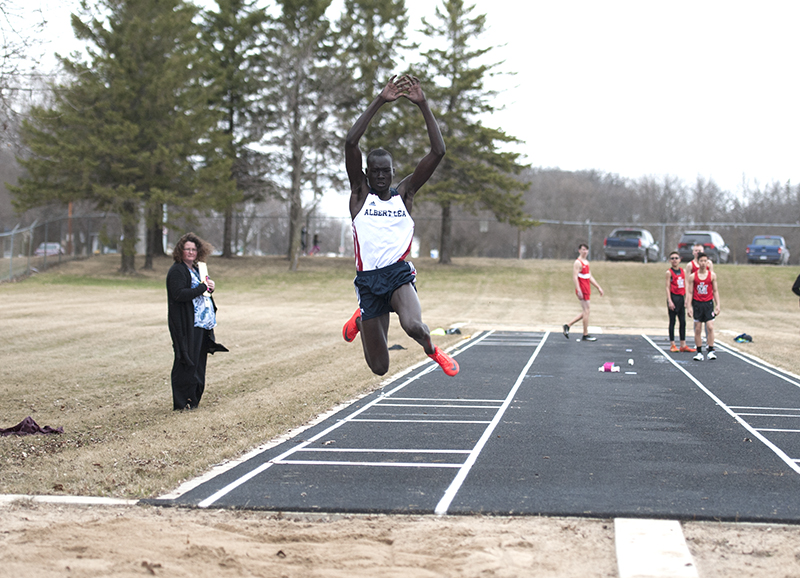 Albert Lea sophomore Janyjor Ruei takes a leap in the triple jump during Tuesday’s home meet. Ruei would take first in the event with a jump of 40-2. - Tyler Julson/Albert Lea Tribune

The Albert Lea boys’ track and field team didn’t let the cold and slight drizzle stop it from hosting its first home meet of the season Tuesday afternoon. Albert Lea hosted Rochester John Marshall and Austin in a Big Nine Conference triangular, only the second outdoor meet of the season.

The Tigers would go on to finish the meet in second place with 48 points, beating out the Rockets by 10 points but falling to the Packers, who dominated the meet with 100 points. 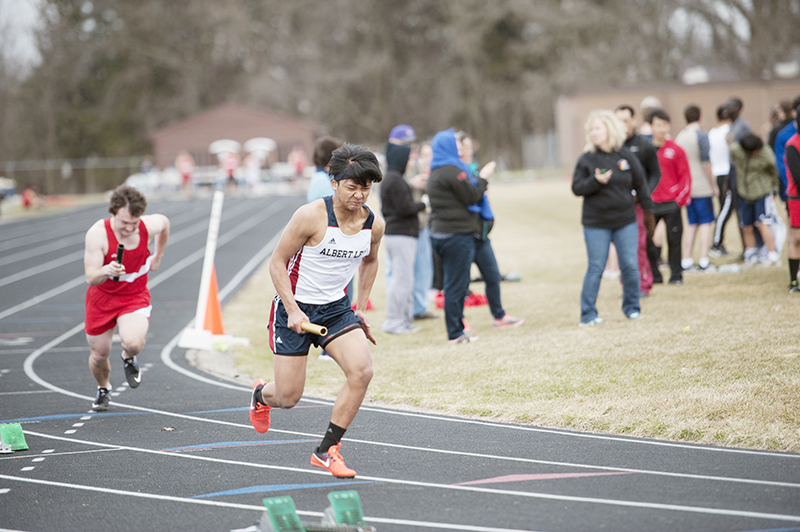 Albert Lea sophomore Gay Nay Htoo sprints ahead at the opening leg of the 4×100-meter relay. The Tigers would finish with a time of 49.51, good enough for third place. – Tyler Julson/Albert Lea Tribune

He said the team’s top performer right now is sophomore Janyjor Ruei in his field events and hurdles. Ruei won all four of his events Tuesday, dominating in the triple jump with a mark of 40-2. He won the high jump by four inches with a jump of 5-8 and won both of his hurdles events, the 110-meter high hurdles with a time of 15.97 and the 300-meter hurdles with a time of 45.31.

“His time of 15.97 in the highs is legit,” Gentz said. “That time is good enough to get a good place at the conference and section meets.”

Another bright spot Gentz mentioned was the addition of Andrew Wilner. Gentz said Wilner was a phenomenal addition to the team this year and based on his split times Tuesday, Gentz said he wouldn’t be surprised if Wilner became the most gifted runner on the team by the end of the year. 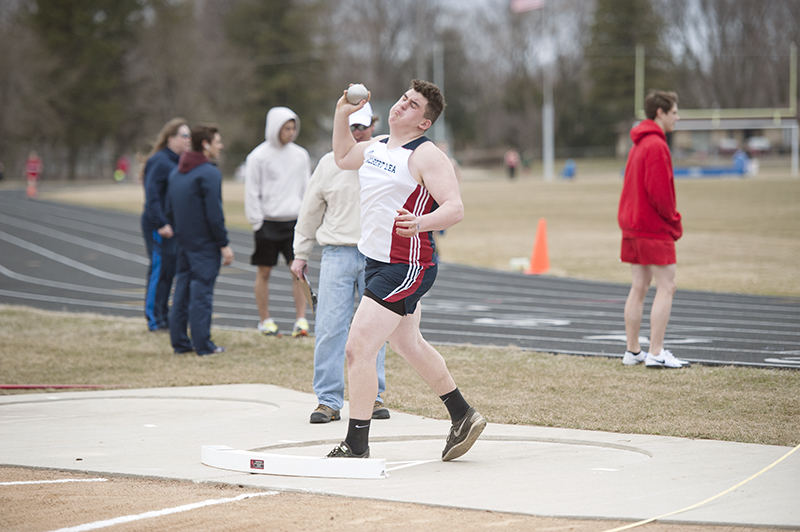 Albert Lea sophomore Brody Dauer tosses the shot put in one of the opening events Tuesday afternoon. Dauer would finish fourth with a throw of 39-6 1/2. – Tyler Julson/Albert Lea Tribune

Other notable finishes for the Tigers were sophomore Braden Kraft coming in third in the 100-meter dash, senior Lennon Shimon’s second-place finish in the 400-meter dash and senior Jens Lang’s runner-up finish in the two-mile.

Gentz said he is also excited at the prospect of scoring points in the shot put event. Sophomore Brody Dauer finished in fourth place with a throw of 39-6 1/2. Gentz said it has been a long time since the team had someone throw over 40 feet and Dauer has potential to be the first scorer for the event in a while.

“He threw out a heck of a shot,” Gentz said. “He, along with all the other sophomores, are a huge part of the program right now.”

The Tigers will be back in action Tuesday when they travel to Winona to take on the Winhawks and the Packers. 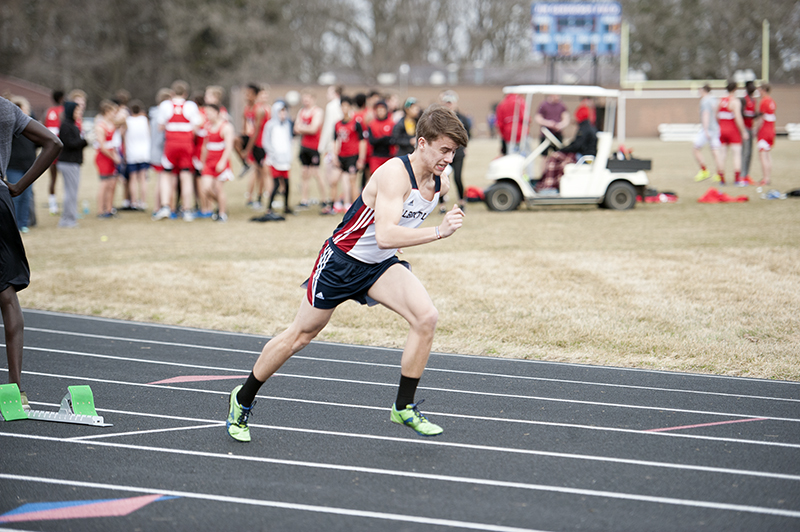