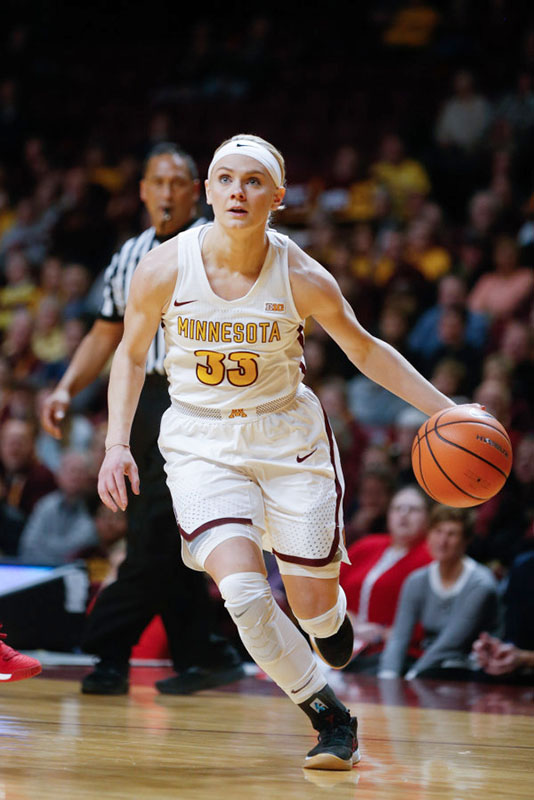 We were disappointed to hear Tuesday that the Minnesota Lynx waived Gophers standout and NRHEG High School graduate Carlie Wagner.

Wagner had been drafted by the Lynx in April as the 36th and final pick in the WNBA draft.

Wagner averaged 18.7 points while shooting career-highs from the field (43.2 percent) and from three-point range (41.2 percent) during her senior year with the Gophers.

In her four years at the collegiate level, Wagner played in 129 games, starting in all but five of them. Over those four years, she averaged 17.2 points, 4.6 rebounds, 2.2 assists and one steal per game while shooting 38.9 percent from the field and 34.9 percent from beyond the three-point line.

She finished her college career as the Gophers’ third all-time leading scorer (2,215 points) and second in three-pointers made (307).

At the high school level, she finished with 3,957 points, second all-time in the state.

We doubt this is the end for Wagner and look forward to seeing what she will do next.

We ask her to remember that her hometown of New Richland and all of the supporting area are rooting for her.