Farmers market to open for the season 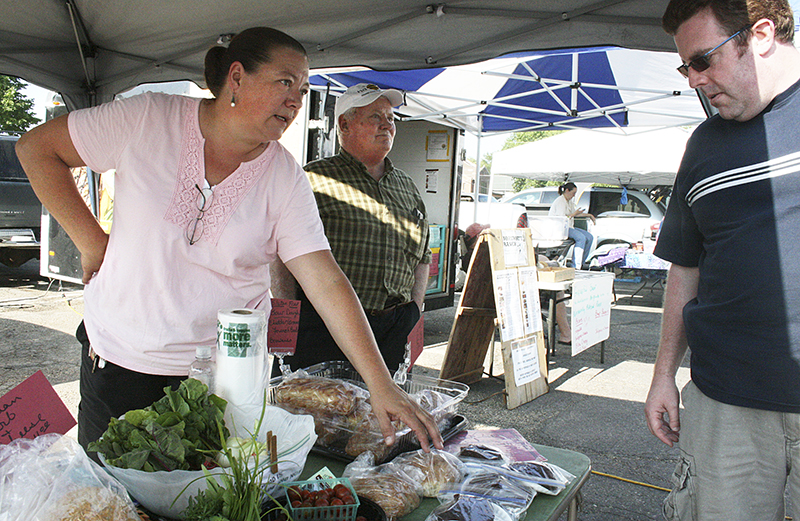 Albert Lea Farmers Market opens Wednesday and is expected to be open through the end of October this year. - Tribune file photo

Albert Lea Farmers Market opens Wednesday and is expected to include more items as the summer progresses.

The markets will be from 3:30 to 5:30 p.m. Wednesdays at the North Broadway parking lot in downtown Albert Lea and from 9 a.m. to noon Saturdays at Northbridge Mall. The market is expected to be open until the end of October.

Rhubarb, asparagus, jams, jellies, salsa, pickles, farm-fresh eggs, maple syrup, bedding plants and crafts are expected to be immediately available. In the past, radishes, lettuce and spinach have been offered in April, but the weather hindered their availability this year.

In a typical year, there are 10 to 12 vendors at the market early in the season, with that number swelling to at least 25 later in the year.

“It’s a local thing,” said Farmers Market advocate Verlys Huntley. “If you want to support the local economy, how much closer could you get your produce than the farmers market?”

She said the money vendors spend at the farmers market stays in the community.

She said customers have mainly been older, and she is trying to attract younger people to the market.

“We can raise things that have better flavor and not worry about the shipping,” Huntley said.

Albert Lea Farmers Market began in 1980. Since then, Huntley has noticed regulatory changes meant to ensure the safety of food sold at the market.

Today, the market offers nutritional vouchers, and SNAP and EBT benefits are expected to be able to be used.

This year, the market will include the Power of Produce program in conjunction with the Extension Service and SHIP program. Children ages 4 to 12 receive a $2 token that can be used to buy $2 worth of produce.

SHIP is unable to fund the program this year, so grants and donations are being sought. The program is expected to start June 16.