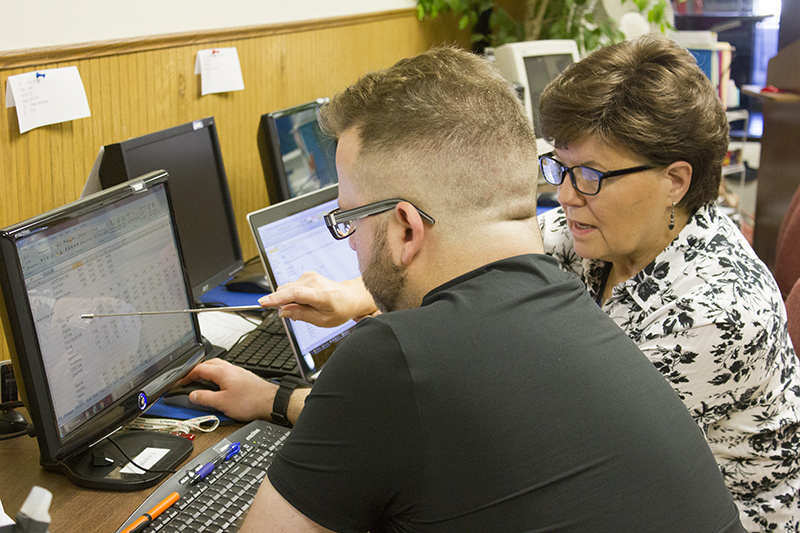 After a nearly 25-year career helping nearly 8,000 students learn about computers, Margie Barber plans to close Barber Computer Training at the end of this month to focus on teaching non-accredited computer courses for Riverland Community College.

Barber said the majority of training she has given in the last five to 10 years has been helping students who have been laid off or are on workers’ compensation.

Barber is closing the store after her 10-year lease for the space in the Knutson Building expired April 30. She started at a building at the intersection of Broadway Avenue and Clark Street and also owns Barber Secretarial & Accounting. 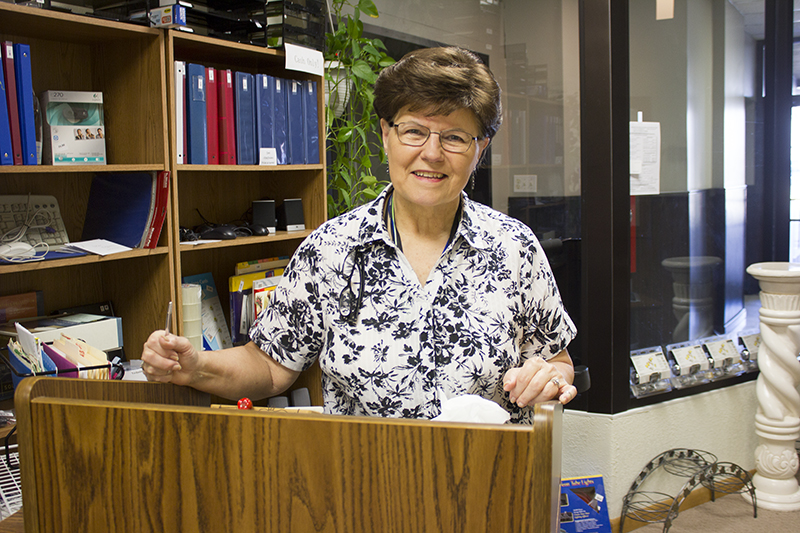 Barber Computer Training Owner Margie Barber will close the service at the end of this month to focus on teaching two days a week at Riverland Community College. — Sam Wilmes/Albert Lea Tribune

“I am 70 years old, so I’m not so certain that I want to continue full time,” she said. “But the counselors who send people to me, they were concerned where they would find someone to train the people who need the help.

“They asked me if I would agree to teach at the college itself. The biggest clientele for me will be the Workforce Center.”

During her time at the store, Barber has taught six-hour non-credited courses that range from the basics of operating a computer through advance training. She has also helped clients with resumes and contracts and has edited books for publishing purposes.

She said she has conducted a “tremendous” amount of payroll for businesses, either entirely or by having the companies set up their own payroll systems.

She has helped clients in their own homes, private businesses and telephone companies and has trained students at the Albert Lea hospital.

She formerly taught classes Monday and Tuesday in Albert Lea, with classes Wednesday, Thursday and Friday in Eagan.

Barber said her favorite part of her job is helping customers.

“I thrive on helping people understand how to use a computer without feeling intimidated,” he said. “When I was born, I didn’t know how to run a computer. No matter how simple something is, everyone needs guidance to start with.”

Barber, a self-taught computer teacher, was a legal secretary for 20 years prior to teaching computer courses. She came in to work on nights and weekends during that time to learn how to operate a computer.

Barber and her husband, Jack, have been married 52 years, and Margie Barber enjoys spending time with her husband. She plays pickleball nearly every chance she gets.

She is a volunteer, serving as financial secretary for United Methodist Church in Northwood, as well as volunteering for the Salvation Army, pickleball club and Women of Today, an organization that helps children who are in need.

“She’s by far the best employee I’ve ever had, as well as a terrific friend,” Barber said.

Lenort said she supports Barber’s teaching style. She said Barber has compared mastering a computer operating system to a pickup.

“She has changed a lot of people’s lives due to her teaching style,” she said. “It’s unique. There are quite a few students who are afraid to go to a class because they feel intimidated, which isn’t the case in Margie’s case.

“Her teaching style takes everyday examples and uses those to explain whatever class the student is taking so that they understand it in their own mind. I’ve never met a teacher like her.”