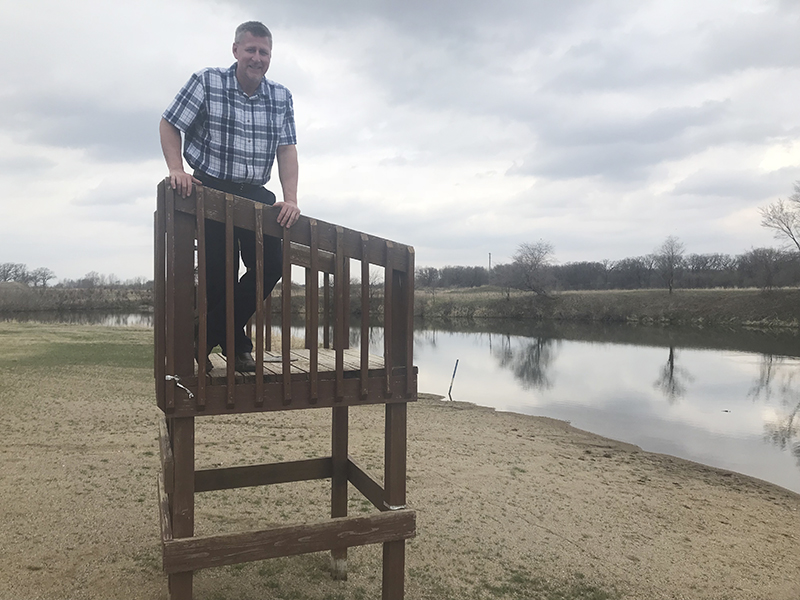 Mike Olson of Glenville stands upon the lifeguard’s post at Glenville Beach, which he manages. - Kelly Wassenberg/Albert Lea Tribune

GLENVILLE — While winding down his year as a teacher at Albert Lea High School, Glenville resident Mike Olson is also working toward reopening Glenville Beach, which he manages for the city of Glenville.

Olson’s history with the swimming hole spans more than half his lifetime.

College and a teaching position took him away from the area, but when Olson returned in 1999 he returned to the beach, as well.

“I started working with my dad to manage it,” Olson said. “I was more of an assistant to him.”

Olson’s father, Wayne, retired two years ago and Olson has been running the property — which includes a playground, pavilion, softball fields and volleyball courts — ever since. 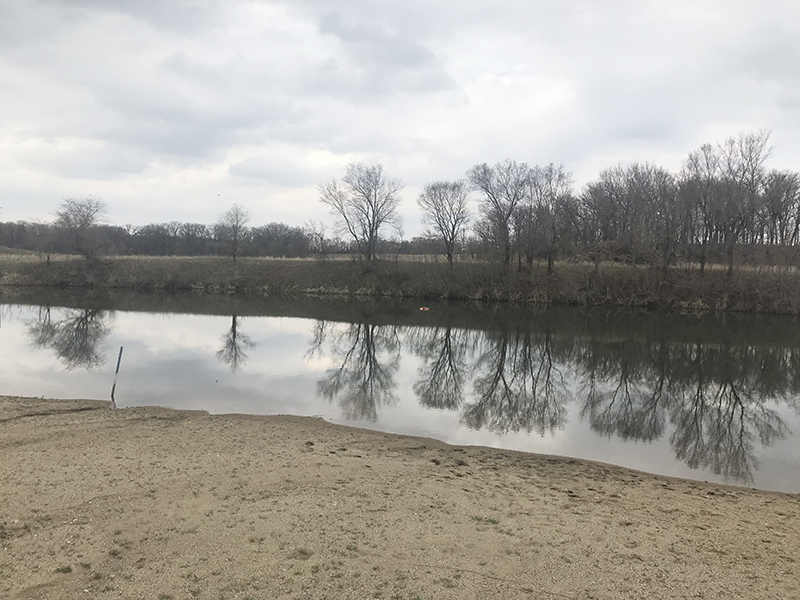 Glenville Beach will open in early June after a dock and raft with diving boards is installed. – Kelly Wassenberg/Albert Lea Tribune

The pond features a water slide and high and low diving boards for beach-goers to enjoy. To access the diving boards, swimmers must first swim out to the raft the boards are perched upon and they can only do so after passing a proficiency test.

“That’s a big deal when they finally pass the test,” Olson said.

Olson expects to have the beach open in early June, after all area schools have dismissed their students.

To ensure beach-goers are safe, lifeguards are always on duty when the beach is open, from 12:30 to 5:30 p.m. every day, weather-permitting.

The beach also offers some  occasional nighttime swimming events, which are listed on the Glenville Beach Facebook page.

Students of Glenville-Emmons School District can take swimming lessons for free in July.

Olson said the lessons are open to all swimmers, but those outside the district would have to pay a small fee.

Swimming fees are $3 per student and $4 per adult, and single and family summer passes are available for those who would like to visit the beach.

“It’s the beach experience, if you want to get away from the cement swimming pool and lay in the sand,” Olson said about the draw the swimming spot has.