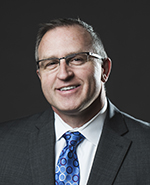 While that exact question won’t be on the ballot, there is a very real possibility that Minnesotans will have to ponder that query when they head into voting booth in November.

A proposal making its way through the Minnesota House and Senate would ask voters to change the state Constitution to permanently dedicate the revenue attributable to the sales tax on auto parts to roads and bridges. These funds, almost $300 million per year, currently go to the state’s general fund — the same pool of money that supports things like schools and local government aid.

Make no mistake about it, Minnesota’s roads and bridges need help. However, diverting money away from the general fund will either cause pain to other important state programs or require the state to raise taxes to make up the shortfall. That is why we urge legislators and the public to reject this proposed constitutional amendment.

As rural leaders, we are especially concerned about the potential impact this diversion of funds would have on Greater Minnesota. 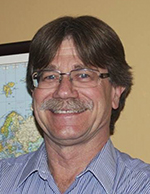 Rural schools are particularly reliant on the state’s per-pupil formula. With significantly less in household income and property tax base than the metro area, it is much harder for rural schools to fill the gap if state funding fails to keep up. When times are good, education tends to see inflationary increases. When the general fund is in trouble, education funding is often held flat, causing our schools fall behind.

Likewise, rural Minnesota cities are especially dependent on LGA, which helps cities with less property tax base provide services such as police and fire protection, infrastructure, parks and libraries — all critical to having a safe and thriving community. When the general fund suffers, LGA is among the first items on the chopping block. As we have seen in the recent past, property taxes go up, service levels go down and rural communities suffer when LGA is sacrificed due to state budget cuts.

The threat to our rural schools and cities is more than theoretical. During a hearing in the Senate Transportation Committee, Sen. Scott Newman, one of the chief authors of the amendment, acknowledged that LGA and education are typically the first budget items cut by the Legislature when there is an economic downtown.

Going to voters for a constitutional amendment may seem like an attractive way to get dedicated funding for transportation, but amendment proponents need to be honest about its real cost. The $300 million this amendment would divert from the general fund is not free money; it is coming from other places in state government.

Measures that pit schools and public safety against roads and bridges should not be put up for a vote, especially when there are other viable options to increase funding for transportation such as raising the gas tax or license tab fees. This amendment would put many important priorities at risk. Ask your legislators to vote “no” on the proposed constitutional amendment.