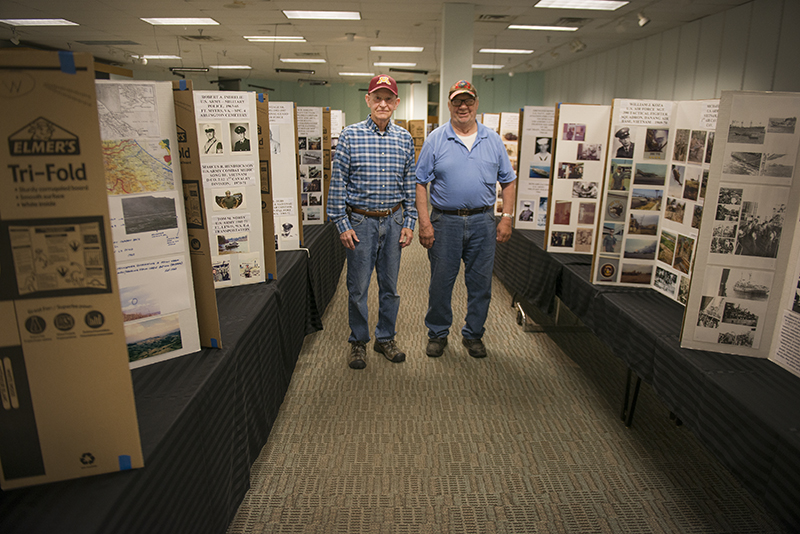 Display showcases veterans who have served over the years

Local veterans from major conflicts will be honored in a display this weekend at Northbridge Mall.

The displays, hosted by Beyond the Yellow Ribbon of Albert Lea in the former Maurices location inside the mall, will include pictures of 100 veterans from the Vietnam War era and 75 Korean War era veterans, and will also include veterans who have served in World War II, Afghanistan and Iraq, and 50 local women veterans will be featured.

The photos of veterans from the Vietnam and Korean War eras have been put together over nine years by the Veterans of Foreign Wars and American Legion. The exhibits show soldiers during the conflicts and the conditions they faced.

“We were invited to share those pictures, and that’s what a bulk of them are,” said Beyond the Yellow Ribbon member David Olson.

Olson has interviewed more than 100 of the veterans over more than nine years.

“It’s been an honor to interview them and be allowed to display their pictures,” he said.

“What’s really important … is to provide an opportunity to show the public, the community, that these people within their community had served in the armed services, and it’s really sobering over a nine-year period, when you go back and you look at these pictures that are being displayed, how many of these veterans have passed away in the last nine years.”

Though similar events have taken place in Freeborn County, this year’s exhibit is expected to be the largest and the first one at Northbridge Mall. 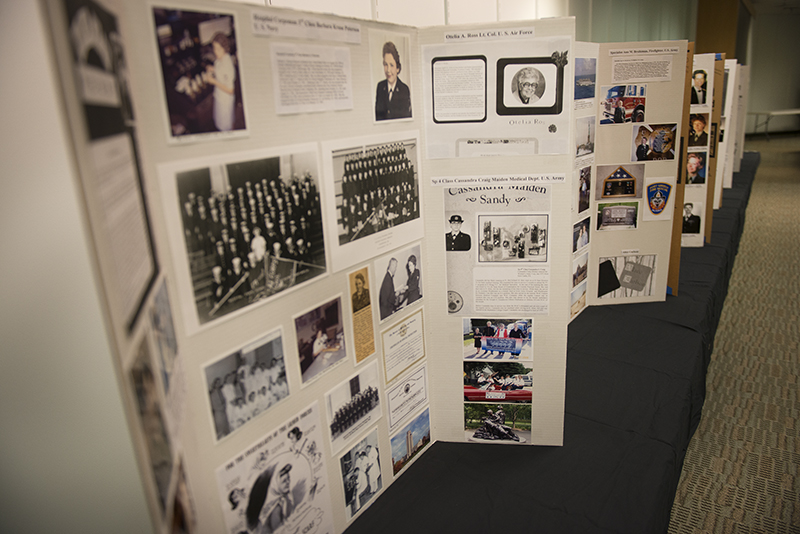 “This one’s the first time we’ve ever brought everything out in one showing for Freeborn County,” Olson said.

John Severtson, Beyond the Yellow Ribbon of Albert Lea chairman, said it is important the stories of veterans are shared.

“You don’t realize the guy next to you might have been out in the jungle fighting for you, because they never talk about it.”

Severtson, a Marine, served in the Vietnam War from 1968 to 1969 as a supplier for troops. He also spent a couple years in Spain.

Olson was deployed three times as a civil engineer to Vietnam between 1967 and 1969 with the U.S. Navy Civil Engineer Corps, assigned to the Navy Seabees.

Through their conversations, the men realized Severtson and Olson were both in Da Nang, Vietnam, in 1968. As a Marine, Severtson protected Olson as a Seabee.

Olson said he noticed similarities between the veterans he interviewed.

“It seems to be much easier for a veteran who’s been maybe through a war — not necessarily a war, maybe just an experience over there, three or four years of service, or maybe 20 years — to talk to another veteran, to be interviewed by another veteran, maybe someone whose been there, that’s smelled the smells, that’s seen what the living conditions are,” he said.

Both veterans said they are proud of their service.

“That was the era when you were proud of our country,” Severtson said. “I volunteered; a lot of guys got drafted.”

Olson was one of three brothers who served, and he said he would enlist again.