He was born Jack Kenneth Hockenberry on May 11, 1931, to Thomas and Beatrice (Eiche) Hockenberry in Dayton, Ohio. After high school graduation, he attended the Cincinnati Conservatory of Music and graduated from the University of Cincinnati with a Bachelor of Science degree in industrial design. He was a member of Sigma Alpha Epsilon National Fraternity. 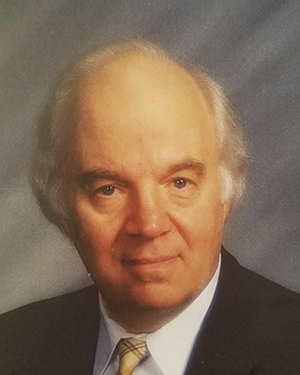 On Aug. 7, 1954, he married Nancy Slagle in Newark, New York. During their marriage of 62 years, he was an industrial designer having worked in that capacity at Wright-Patterson Air Force base, Eastman Kodak Co., IBM, Syracuse University Research Corp., Steelcase Inc., Wenger Corp., Streater, Design Vision and Health Posture Inc.

Jack was active in civic arts groups throughout his career. He was a member of Owatonna community band,  the Tenney Chorale, Owatonna Jazz Band, the Austin Symphony and First Presbyterian Church  in Albert Lea. During college and every place he lived, he joined or founded a traditional (Dixieland) jazz group.

He was preceded in death by his parents, wife and brother-in-law.