Offender to be released from prison next week, move back to Albert Lea

A high-risk predatory offender is expected to be released from the St. Cloud prison into the Albert Lea community later this month, according to police. 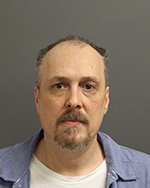 Jabar Pedro Morarend, 46, is described as white, 5 feet 9 inches tall, and weighing 210 pounds. He has brown hair, brown eyes and a medium build. He is expected to move to the 1600 block of Frank Hall Drive.

Morarend is classified as a Level 3 offender, an offender with the highest likelihood of reoffending.

Morarend was sentenced to one year and one month in prison in February in Freeborn County after admitting to probation violations in two files of state lottery fraud and fleeing a peace officer in a motor vehicle.

He is expected to move into the community May 16.

Morarend was convicted of first-degree criminal sexual conduct in 1998 in Rice County after he raped an adult woman who was a neighbor. He did so using force, threats and a knife to gain compliance and entered her home without permission.

He did not know the victim.