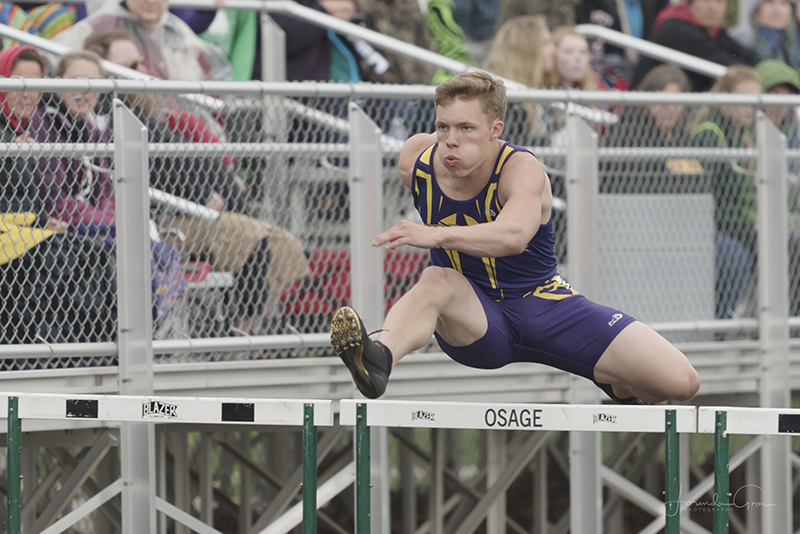 The Lake Mills boys’ track and field team competed in the district meet Thursday in Osage for its chance to qualify for the Iowa state meet.

Although just one Bulldog was able to win his event outright, four other events were able to earn a spot at the final track meet of the year.

Senior Grant Fjelstad was the only Bulldog to take first place in an event with his 15.12-second finish in the 110-meter hurdles. His qualifying time was second best in the state and will have him competing for a state title.

Sophomore Carson Rygh qualified in the 3,200-meter run with a time of 10:10.14. His time earned him a second-place finish and a qualifying spot of fifth place. 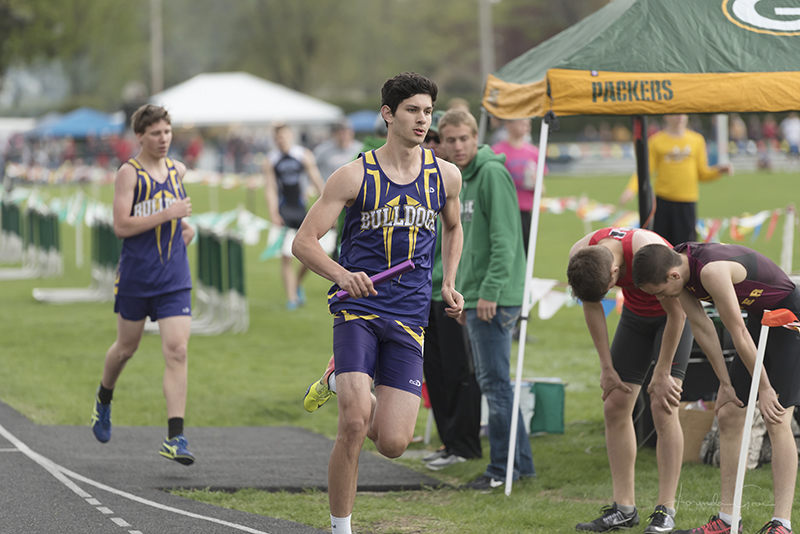 Senior Gabe Irons also grabbed a spot at state in the discus. Irons qualifies in the No. 8 position with a throw of 156-0 at the district meet.

Fjelstad would notch a second trip to state, along with the team of seniors Alex Albert and Cael Boehmer and junior Tommy Kaktis in the shuttle hurdle relay. The team finished in second with a time of 1:00.25, qualifying them in 10th place. Sophomores Tyler Helgeson and Bennett Eaton were selected as alternates on the team.

The fifth and final event for Lake Mills didn’t find out they were selected until Friday morning. The 4×800 team of Kaktis, sophomores Mason Fritz and Jackson Rice and freshman Caleb Albert finished in third place at the district meet, but their time of 8:35.00 was enough to qualify them in the No. 22 spot at the state meet. Sophomores Rygh and Blake Storby were selected as alternates.

Fjelstad will race in the prelim rounds of the 110-meter highs around 3:20 p.m. Friday, while Irons will participate in the discus at 4:30 p.m.

Depending on their finish in the preliminaries, the shuttle hurdle team and Fjelstad could advance to the finals May 19.