Rose Anna Monson, 75, passed away peacefully Wednesday, May 2, 2018, at her home surrounded by her children — and after watching her beloved Minnesota Twins win for one last time.

Funeral services will be at 11 a.m. Monday at Emmons Lutheran Church, 490 Pearl St. in Emmons. The Rev. Christopher Martin will officiate. A lunch will follow the service. Visitation will be from 5 to 7 p.m. Sunday at the church in Emmons. 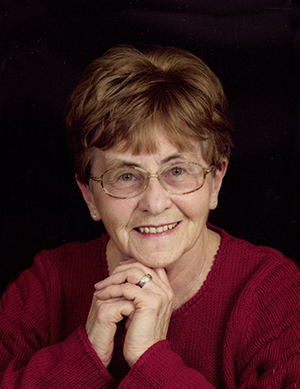 Rose wished to return home to Massachusetts for her final resting place. A second funeral service will be at 2 p.m. Friday at Pillsbury Funeral Home, 44 Gilbert St., North Brookfield, Massachusetts, with calling hour from 1 to 2 p.m. Interment will follow in Walnut Grove Cemetery in North Brookfield.

Rose was born Aug. 2, 1942, in Ware, Massachusetts, the daughter of Joseph W. and Margaret A. (Pierce) Tucker and was raised in North Brookfield. She attended Worcester State University and earned a bachelor’s degree in teaching. She met and married Patrick Ahearn in 1964 and taught for two years in Ware before staying home and raising their four children. They later divorced. In 1974, Rose married Ardien Monson, and they moved to Minnesota with her four children in 1975. Two years later, they added a fifth child to the mix.

In Minnesota, Rose worked as a nurse’s aid at St. John’s Lutheran Home before going back to college in 1987 at Austin Community College, where she earned a Bachelor’s of Science degree in nursing. She joined St. Olaf Hospital in Austin as a registered nurse and worked in the intensive care unit for 23 years until her retirement in 2014.

She loved many things about life. Besides her beloved Twins, she took great joy in spoiling her 14 grandchildren and spending time with her five children. She also loved Tuesday coffee with Bernice and Bonnie, Bone Builders, spending time with friends in Emmons and visiting her family in Massachusetts.

Rose also loved to crochet blankets and towels and share them with her friends and family. She loved time in her flower garden, was an avid reader and couldn’t turn down an opportunity to shop.

Rose never missed one of her children’s sporting events and made every concert and event. Family was everything to her, and she proved this again with a trip to Massachusetts to visit her siblings, nieces and nephews, a shopping outing with her daughter and grandson the day after she returned and attend one last sports outing to watch her grandson’s gymnastics meet. A week and a half later, the good Lord called her home.

Rose wasn’t the biggest person in the world physically, but her presence was larger than life and she had a positive impact on many of the lives she touched. She overcame many obstacles in life, and even with a grim cancer diagnosis, she proved one last time she was one of the toughest, most scrappy women this generation has ever seen.

Memorial services for Arnold M. Stadheim of Albert Lea will be at 11 a.m. Monday at First Lutheran Church in... read more