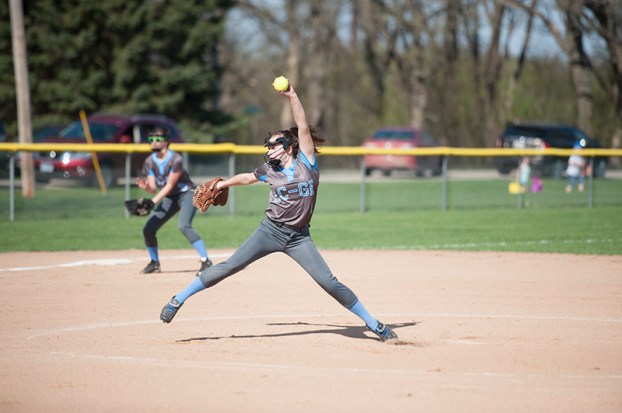 The Wolverines fell in a hole early and were unable to dig themselves out, as they fell to the Knights 20-1 in three innings. 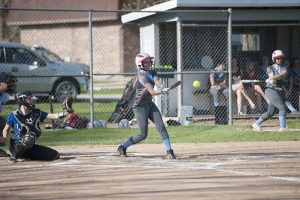 Sophomore Kennedy Severtson was able to reach base in the bottom half of the inning due to a walk. However, the rest of the Wolverine offense was unable to  bring her around.

The Alden-Conger/Glenville-Emmons defense came out much stronger in the second inning, only allowing one base runner. That runner made it no further than first base before the inning was over.

Despite a solid showing by the defense in the second inning, the offense still struggled to gain any momentum. Sophomore Sidney Rasmusson recorded the only hit of the game for the Wolverines, safely reaching first base.

However, the Wolverines couldn’t find the offensive firepower to bring her in, leaving her stranded at first base.

LC-WM would add six more runs to its total in the top of the third inning, putting them on top, 20-0.

Junior Faith Wedin would lead off the third inning for the Wolverines and reached base after a walk. Sophomore Chloe Anderson advanced her to second after a sacrifice hit. Junior Megan Linn was also walked, putting her at first base.

Following a wild pitch by the Knights, Wedin was able to get around the bases and score the first and only run for the Wolverines.

The game was cut short after the third inning due to the 15-run rule.

The Wolverines fall to 0-10 on the season and will take the field again on Tuesday, when they host the Hurricanes of Houston (2-4).

Minnesota has won 16 of 18 games and put itself in the conversation for hosting an NCAA Tournament regional after... read more