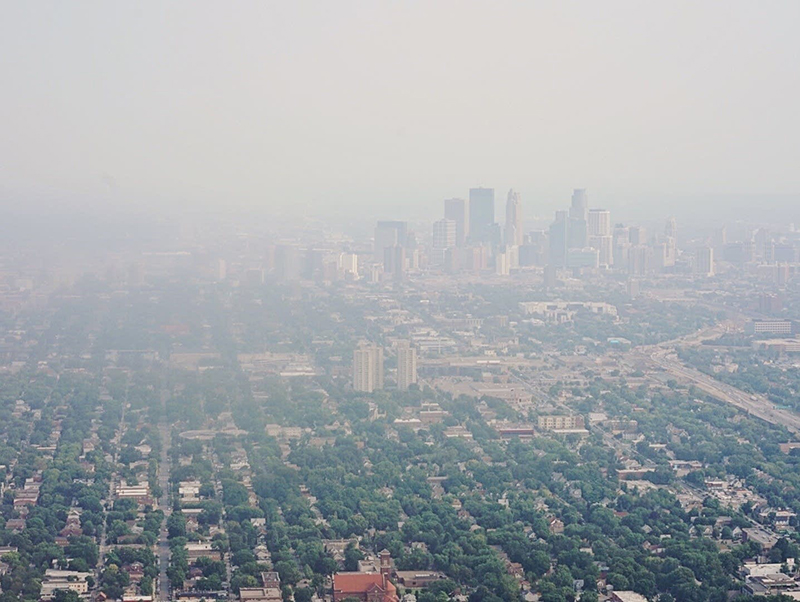 Summers in Minnesota are sun, fun and, more and more, smoke.

The Minnesota Pollution Control Agency issued another air quality alert on Monday, warning Minnesotans about the ongoing dangers of particulates in the air from wildfires burning in Canada.

There have been more than two dozen such alerts since 2015, with more than half of them attributed to wildfire smoke. That’s nearly double the number of smoke-related alerts issued by the agency from 2008 to 2015, the seven previous years.

MPCA meteorologists said the smoke-related alerts are also unusual in that they’re not being attributed to nearby fires — they’re blazes in British Columbia. Climate change may be a contributing factor to the alerts and to poor air quality, said meteorologist David Brown.

Climate change is shifting precipitation patterns, he said, and parts of the west are experiencing significant drought where they did not before.

“The vegetation, forests, etc. are becoming extremely dry and susceptible to forest fires. What we’ve seen are a significant number of forest fires over the last few summers,” Brown said.

MPCA officials expect the smoke alerts will continue as fires burn in the Pacific Northwest, and that the smoke could contain any number of potentially hazardous pollutants, including particulates, nitrogen oxide, hydrocarbons and other organic chemicals.

They advise anyone with respiratory conditions like asthma, COPD, or heart disease or high blood pressure to limit their exposure to the smoke.

The Minnesota Department of Health said in a 2015 report that air pollution like that from wildfires — specifically, small particulates — contributed to more than 2,000 deaths and 600 emergency room visits in 2008 alone.

“Definitely, it’s a concern for people, especially those with asthma and other pre-existing conditions where this real poor air quality can definitely cause them to experience symptoms,” said Jim Kelly, with the state’s health department. “It’s substantial. Air quality definitely has an impact on public health.”

The air quality alert was in effect through 9 a.m. Tuesday and includes northeast, central and southwest Minnesota.