Funeral services for Russell John Paczkowski, of Albert Lea will be at noon Friday at St. Theodore Catholic Church. The Rev. Kurt Farrell will officiate. Interment will be in St. Theodore Cemetery. Visitation will be from 4 to 7 p.m. Thursday at Bonnerup Funeral Service, and one hour before the service at the church. Military honors will be accorded by the Albert Lea area veterans group. 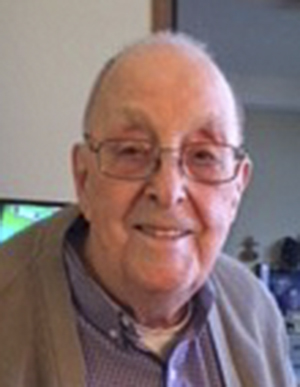 He was born Aug. 16, 1921, in Freeborn, the son of Matthew and Gertrude (Chicos) Paczkowski. An area resident his whole life, Russell attended Catholic school in Albert Lea.

He served his country in the Navy during World War II, and was the oldest World War II veteran in Freeborn County. A proud moment for Russell was when he was interviewed by the Library of Congress.

He married Berneice Ringham Sept. 9, 1946. Russell loved building things and built their family home, where they lived for 67 years. Russell was employed by the Freeborn County Highway Department for many years and enjoyed hunting and fishing.

A member of St. Theodore Catholic Church, Russell was strong in his faith, reciting the Rosary every day.

He was preceded in death by his parents; wife, Berneice; brothers Francis Paczkowski, Conrad Paczkowski and Roger Paczkowski; sister, Patricia Berglund; and several brothers-in-law and sisters-in-law.