Work wrapping up at school 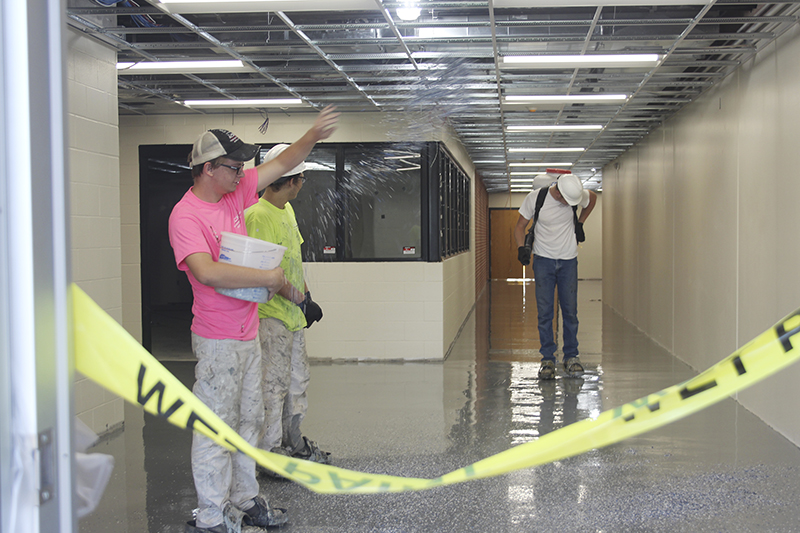 Northwood building will be mostly ready for students’ return

NORTHWOOD — To see the changes at Northwood-Kensett Junior-Senior High School, there are two places to look: up and back.

The school used the summer break to update its HVAC system, which Northwood-Kensett Superintendent Michael Crozier said in the spring was old and inefficient. The school also replaced the building housing its industrial technology and agriculture classes, a building intended to be a temporary fix.

“For them to pull it off from late spring to now late summer I think has just been monumental,” building Principal Keith Fritz said.

He said replacing the industrial tech/ag building with the new addition will provide new learning spaces for children who are not headed to four-year colleges but can still gain marketable skills that will earn them a good living and keep them in the community. 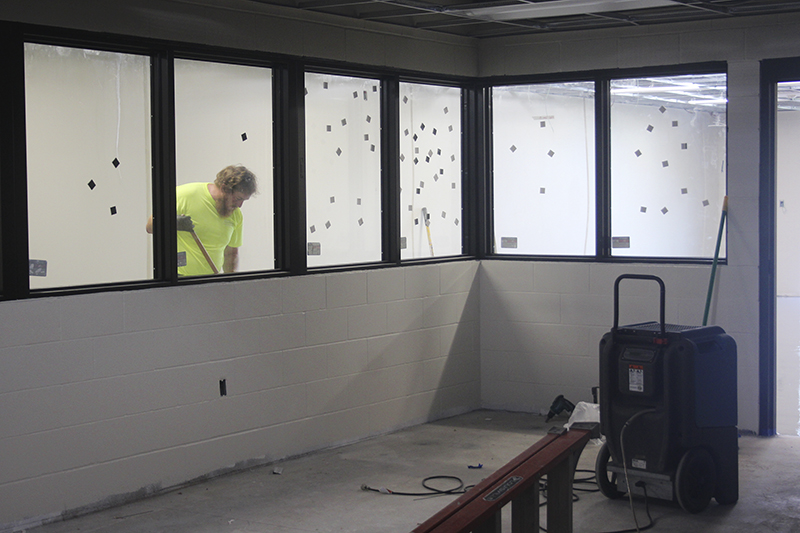 A worker smooths out the floor near the back of the school as work continues on the addition at Northwood-Kensett Junior-Senior High School Thursday. – Sarah Kocher/Albert Lea Tribune

Most of the classrooms will reach substantial completion by Aug. 27, Crozier said.

“It’s amazing how fast it can go,” Crozier said of preparing the classrooms for students.

Band and choir may have to double-up on a room for the first week, and the workshop areas in the industrial tech/agriculture addition will not be ready for use when school starts. Fritz said there is only one period of overlap, and if students do need to use a different classroom, there will be space for them to use.

“By the time kids come Monday morning, Aug. 27, every space they can learn in will be available,” Fritz said. “Now, are we going to have to do a little extra night dusting behind the scenes here and there to get that done? Probably some.”

He added he does not consider this unusual for projects of this nature. 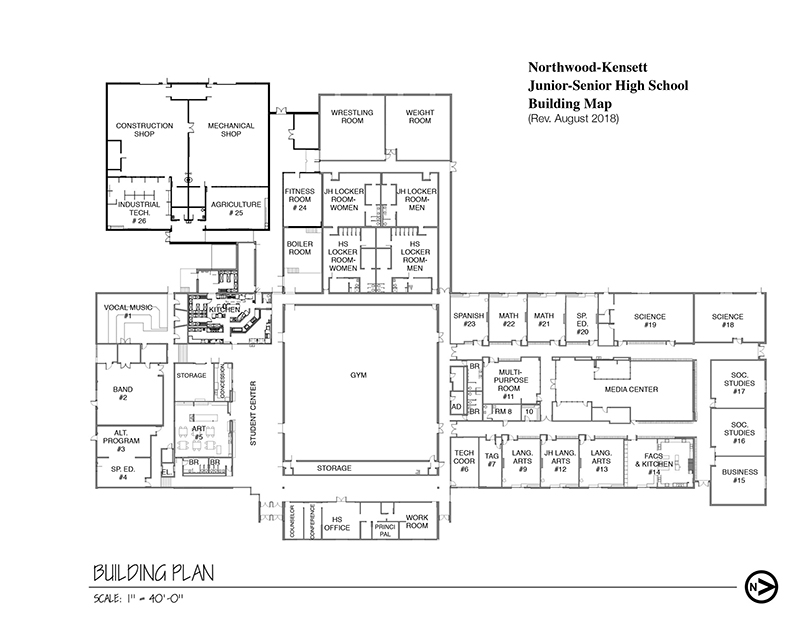 The final completion date for the industrial tech/ag addition is not set, Crozier said. He estimated students would be able to get into the workshops by the first week of September.

He said the project has felt like a push, but that was something they knew going in. How ready the classrooms are changes depending on where you are in the building; work within the school was done from north to south. The north side is essentially “done,” Crozier said.

The gymnasium has new air ducts in the form of long fabric “socks” that inflate as air travels through. Holes in the sides disperse air more evenly and efficiently through the gym, Crozier said. 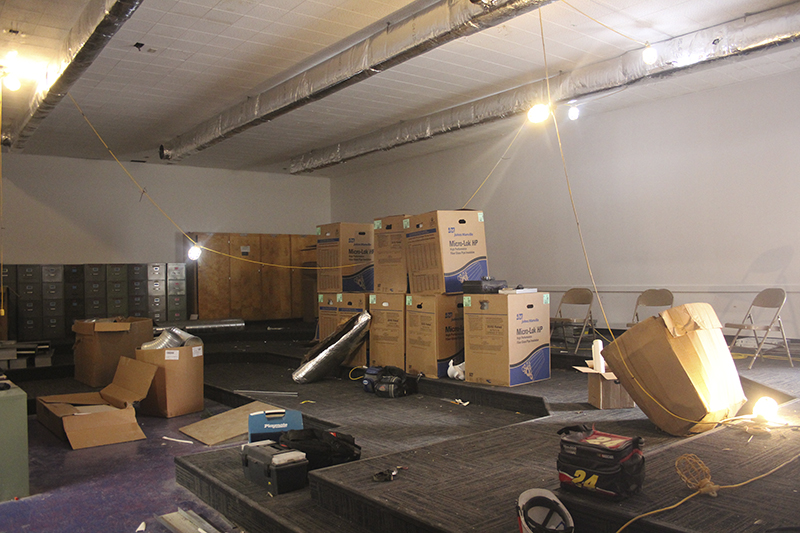 District Superintendent Michael Crozier said the choir and band might have to space-share when the school year starts, as the choir room, pictured here, is finished. – Sarah Kocher/Albert Lea Tribune

Restrooms that previously had hard ceilings now have drop-tile ceilings. Hallways and bathrooms have occupancy sensor lights. This was also a move toward more efficiency, Crozier said.

In September, the community passed a general obligation building bond for $5.9 million. Changes to the building, including the addition, the HVAC updates and asbestos abatement in the old industrial tech/ag building prior to its demolition were to cost over $7 million, Crozier said in May. Now, he said the actual cost has come close to that estimate, with change orders adding less than 1 percent to the total project cost.

For as big a project as it was, Crozier said, he thinks it went smoothly. He said the contractors have worked smoothly together, and Fritz said everyone has been flexible and positive.

“The end product is going to be so nice,” Fritz said. 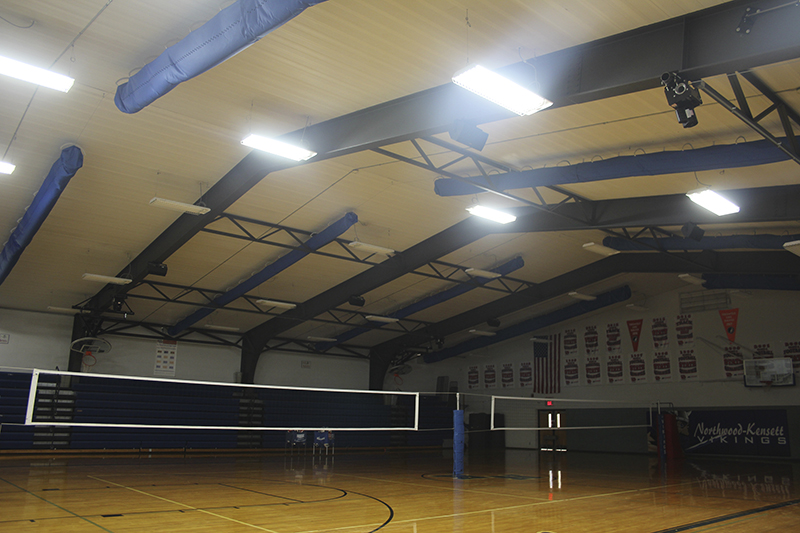 HVAC updates in the gymnasium include blue air socks as the ventilation system. The socks will inflate with air and holes in the sides will release air along its entire length. – Sarah Kocher/Albert Lea Tribune