Working to achieve a dream 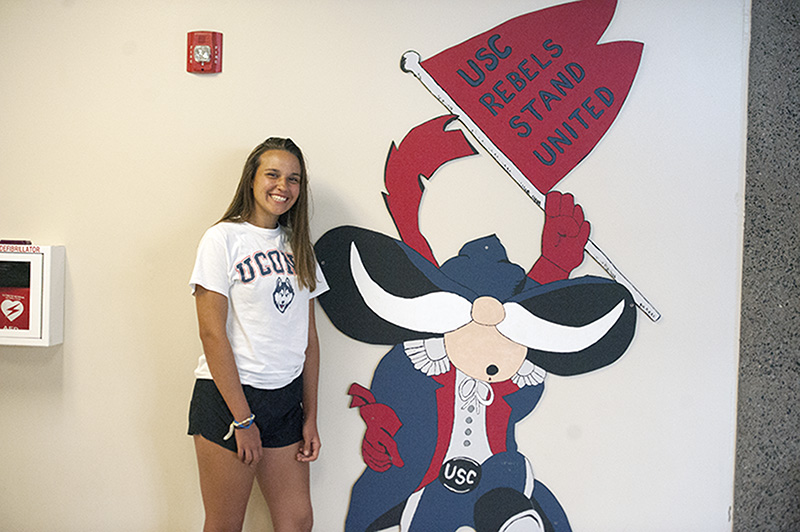 Ever since she began playing basketball in the third grade, Katie Dylla has had a love for the game.

She has been a starter on the United South Central varsity team since the eighth grade, and now, at the start of her sophomore year, she has been named to two different lists of top players in the state of Minnesota.

She was first selected to a list of the top-100 players in the state by Minnesota Basketball News, which saw her participate in an expo with many teams comprised of players on the list. The expo was  July 2 at Clemens Field House at the College of St. Benedict. 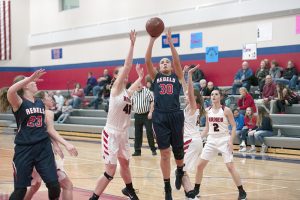 Dylla averaged over 10 points and eight rebounds as just a freshman for the Rebels in 2018.

She was then selected as a top-25 underclassmen in the state by Breakdown Sports.

“It means a lot,” she said. “I think it shows how far I’ve come. These past two years have been really eye opening. I’m very thankful for what I’ve been able to do, and I’m going to put in as much work as I can in the future.”

As just a freshman, Dylla led the team in both points and rebounds, boasting an average of over 10 points per game and over eight rebounds per game. She has also put in a lot of work in the offseason to further improve upon those numbers in the coming season.

“The hardest part is just trying to keep everything organized,” Dylla said. “Especially being a three-sports athlete, in the spring I go from softball to basketball, then add in homework and trying to keep a good sleep schedule, it can be pretty hard.”

Katie Dylla’s father, Duane Dylla, said he’s proud to see his dauhter doing so well and gaining all the accolades she has.

“Katie’s been asked to be a leader, and she doesn’t shy away from it,” Duane Dylla said. “It’s fun to see all the girls working so hard together because you can just tell they want it.”

Katie Dylla said the most rewarding part of all the work she has been putting in this summer is seeing the team’s growth.

“We had a really tough season this past year going 3-21,” Katie Dylla said. “It was tough to get girls to still have that momentum to get out and put in the work, but  over the summer our girls started to become more involved and more engaged and wanting to go out. It’s been really fun.”

She said her ultimate goal after high school was to go on to play basketball for a Division I team while also working on a degree in the medical field. Her dream school to play for is the perennial women’s basketball powerhouse, the University of Connecticut.

With still three years of high school basketball left to play, she’ll have plenty of time to think about her future, and with her work ethic and determination, she will likely achieve whatever she sets her mind to.