Orlyn Miles Boyd was born June 23, 1931, in Albert Lea,, the son of Henry and Anna (Kroke)Boyd. He graduated from Albert Lea High School in 1949, and after graduation served four years in the U.S. Army Air Corps. 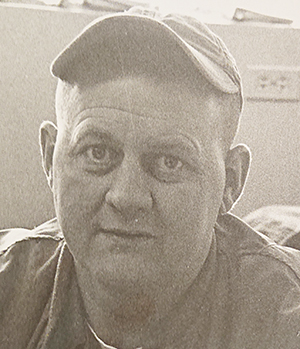 Orlyn married Priscilla (Perky) Lee Anderson, also from Albert Lea, in 1955. He then joined the U.S. Air Force, where he served 22 years as a flight engineer. His tours included Barksdale Air Force Base in Shreveport, Louisiana; Wright-Patterson Air Force Base in Fairborn, Ohio; the U.S. Embassy in Stockholm, Sweden; Pope Air Force Base in Fayetteville, North Carolina, and Ramey Air Force Base in Puerto Rico. After his 22 years in the Air Force, Orlyn worked at Monarch Machine Tool Company in Sidney, Ohio, for over 20 years. He was a mechanical man who could fix just about anything. He enjoyed golfing, which is what he and Perky did when they retired in Hideaway Lake, Texas. Both could brag about hitting holes-in-one.