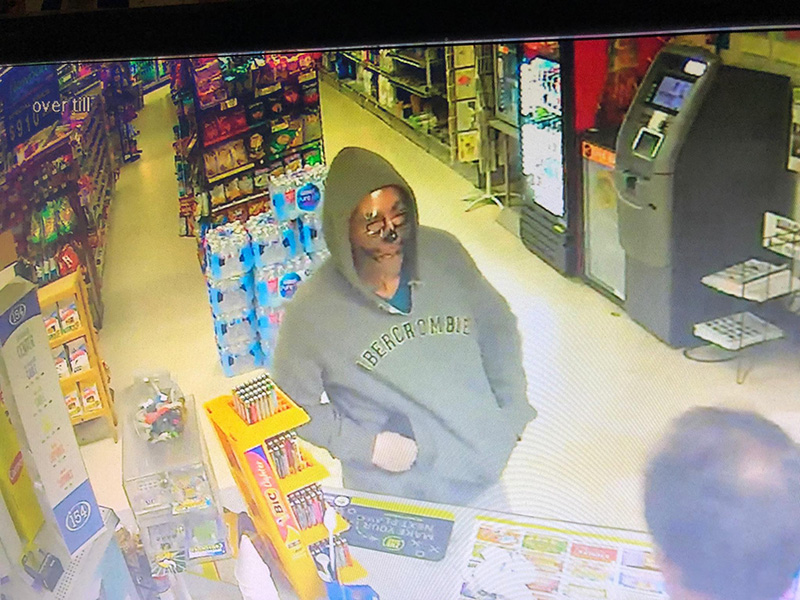 Footage from the Gopher Stop in Clarks Grove shows the man who attempted to rob the store Monday night. Provided

The suspect reportedly fled from the convenience store on foot after an employee told the man he had called 911 on his cell phone and has not yet been found, according to the Freeborn County Sheriff’s Office.

The suspect, who is described as a 6-foot-tall, thin, white man in his 20s, was wearing a clear plastic mask with black markings on the mask, a gray hoodie with “Abercrombie” on the front and gray sweatpants.

He reportedly fled from the store to the west.

The Sheriff’s Office stated dispatchers were notified of the robbery at 9:32 p.m. after receiving a 911 call from the store, at 309 E. Main St. in Clarks Grove. A male employee reported an armed robbery that just occurred at the store.

The Sheriff’s Office, Albert Lea Police Department and Minnesota State Patrol responded and began searching the area with the Freeborn County Sheriff’s Office K-9 and drone but were unable to find the suspect.

The K-9 team tracked the scent from Gopher Stop directly west along U.S. Highway 251, where the scent abruptly ended a short distance from Freeborn County Road 45.

The Sheriff’s Office stated three male employees were working at the time of the robbery and were interviewed during the investigation.

They said the suspect said more than once, “I’m going to shoot you, give me your money.”

One employee reportedly told the suspect, “No you’re not. Shoot me then — I’m not giving you money.” During the verbal exchange, the suspect allegedly pulled a handgun from his pocket but didn’t point the gun at any of the employees.

The suspect turned toward the kitchen, so the same employee grabbed his cell phone to call 911. When the suspect approached him again, he told the suspect, “I’m not giving you (expletive). They’re (deputies) on their way,” a press release stated.

At that time, the suspect ran from the store.

The case remains under investigation, and anyone with information is encouraged to call the Sheriff’s Office at 377-5200, extension 5.

The incident came two days after an armed robbery at AmericInn in Albert Lea.

In that case, the suspect reportedly brandished a handgun and fled with an undisclosed amount of cash.

The suspect was described as a white male between 6-feet and 6-feet, 2 inches tall with dark hair in his mid-20s. He showed a black handgun and had a scarf over his mouth.

It is unclear if the two incidents are related. 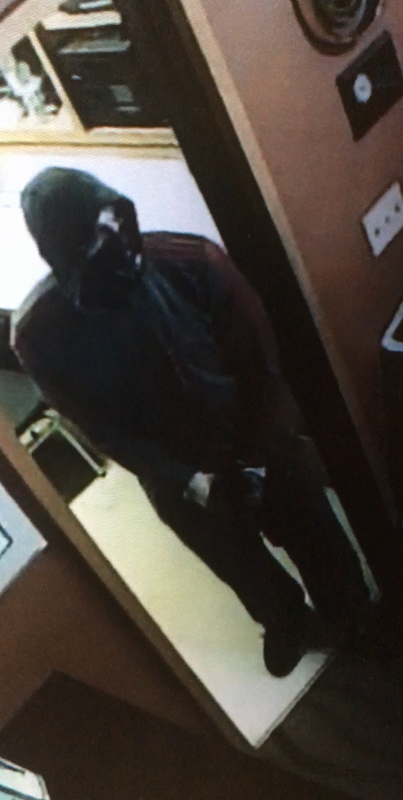 The Albert Lea Police Department released this photo of the alleged robber at AmericInn in Albert Lea Saturday night. – Provided