Attempting to expand in Freeborn County 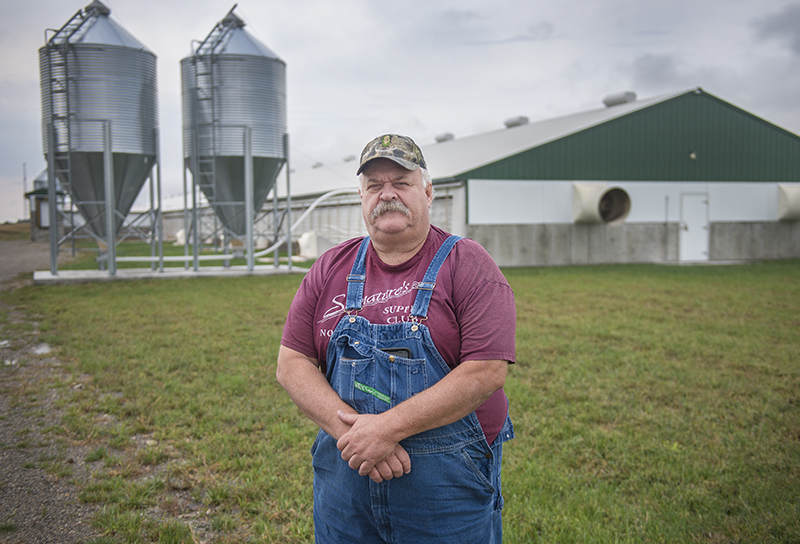 ALDEN — A local farmer hopes to build a new barn that can house 2,500 pigs southeast of Alden.

The expansion by John Perschbacher would include doubling his hog finishing facility at 20507 670th Ave. from 2,400 swine to 5,000. Plans call for a new 2,350-square-foot facility, including a new total confinement barn and livestock watering well.

Expansion would push the number of pigs Perschbacher oversees from 16,500 to 19,000 in the area.

The project requires federal, state and county permits. The Minnesota Pollution Control Agency must approve the project before the county board can debate it.

The MPCA will hold a public information meeting on the project Tuesday at Alden City Hall. The meeting is expected to start with an open house at 6 p.m., and presentations will explain the proposal, environmental review and feedlot permit. Public questions will be accepted.

The public may submit written comments on the environmental review through 4:30 p.m. Oct. 10.

Perschbacher took issue with how long the process has taken.

He submitted a conditional use request application in 2014.

“It takes too long for all of this.”

“I can’t speak specifically on the Perschbacher application, but generally the permitting process can take many months because of all the information that needs to be gathered and the air modeling studies that need to be done. It’s usually a lot of back-and-forth between our staff and the feedlot consultant.

“In the end, an entire permit application package can number 500 pages. The information is necessary to ensure protection of environmental and human health.”

The expanded feedlot is estimated to generate 2 million gallons of liquid manure annually that would be stored in reinforced concrete pits below the barns that have a total capacity of 2.46 million pounds.

“Perschbacher would remove the manure in fall and transfer it to different entities for application as crop fertilizer,” according to the MPCA.

According to the MPCA, third-party manure recipients must follow an MPCA-approved manure management plan requiring at least 605 acres for application.

“They plan to use five manure application sites in Alden and Pickerel Lake townships with a total capacity of 676 acres,” the agency said. “All five sites are within 2 miles of the facility and all are currently in crop production. Some of the application sites have several homes nearby. One site is within 1 mile of Alden’s public drinking water well, though the Minnesota Department of Health lists the city of Alden’s well as ‘not vulnerable.’”

Perschbacher’s environmental consultant used computer modeling to predict how the project’s emissions would meet state air quality standards, according to the MPCA, taking into account the cumulative effect of existing feedlots in the area.

Perschbacher said the project meets requirements but is not sure the project will be approved.

“When I get the permit, I’ll be confident it will be approved,” he said. “You never know.”

Perschbacher said he has four full-time employees and 10 part-time workers. He spoke highly of the economic impact expanding his operation would have.

“It increases your tax base,” he said. “It uses the local corn and bean crops here — it adds value to that.”