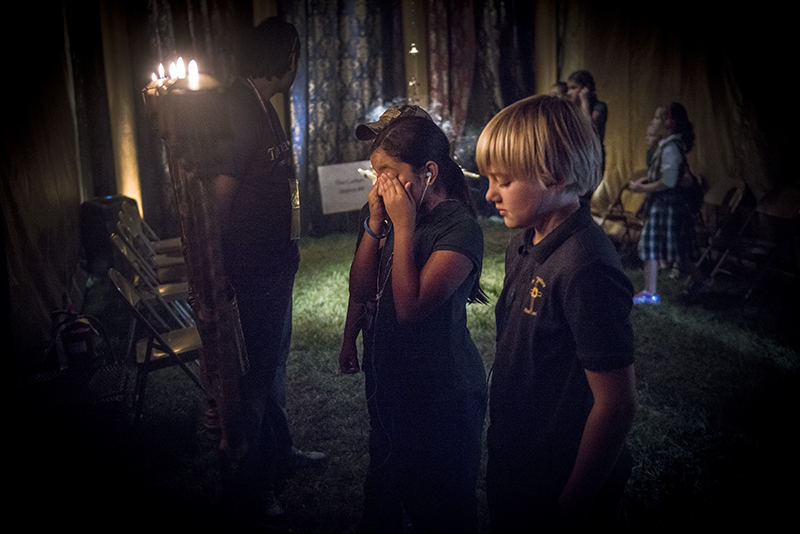 Students listen to a recording while bearing witness to a station of the Tabernacle Experience on Friday. There were reminders displayed around the grounds for people to pause, reflect and pray at various parts of the experience. - Colleen Harrison/Albert Lea Tribune

Christians are gathering at the Freeborn County Fairgrounds through Sept. 23 for the Tabernacle Experience, the first event of its kind in Albert Lea.

Participants travel through nine stations and are presented booklets explaining the history of the Tabernacle, believed to be a portable early dwelling place for God among Israelites. They are given iPod Nanos and earbuds, and recordings speak about the courtyard and the tribes that placed their tents around it.

“They always faced it because God wanted them to have their focus on them,” said Sue Foss, office manager at New Life Christian Church and a leading event organizer.

Participants attend a display of an altar of burnt offerings.

“They actually take and make an offering there,” Foss said, adding the event is meant to provide a hands-on, historical experience.

Christians believe every item in the Tabernacle — 75 feet wide and 100 feet long — has a meaning. The silver base around the tent symbolizes redemption. The tent inside the Tabernacle is considered a holy place, and inside rests the Arc of the Covenant, thought to be where the Ten Commandments were.

“The stories that we read in the Torah — the five books of the Old Testament, first five books — they’re amazing,” he said. “It’s pretty cool. This is just one aspect of that worship life.”

She said she wanted Albert Lea to host the event after she attended a similar event in Iowa with her husband.

“We were so taken by it that when we got out we couldn’t even speak … it’s not like going to Mount Rushmore or something, where after a while it fades away — it never faded away,” Foss said.

Following the trip, Foss and churchgoers from five congregations began organizing for the event. Fundraisers have included a burger basket dinner at the Moose Club and a comedy and music show at Marion Ross Performing Arts Center.

Attendees can donate $6 upon entrance to the event.

Holt said people should attend the Tabernacle Experience because it will likely be the last such local event for a long time.

“If you hear from your friends later that it was fantastic, and you missed out, you’re going to have to drive a long ways to see this within a few years,” he said.

Event coordinator Tammy Solomonson said she participated because of the effect God has had on her life.

She noted the Tabernacle only has one door into it, symbolizing that drawing closer to God is the only way to be saved from sin.

“It’s just my passion for how the Old Testament connects with the new and just that everyone just experience what a great thing God has done for us,” Solomonson said. 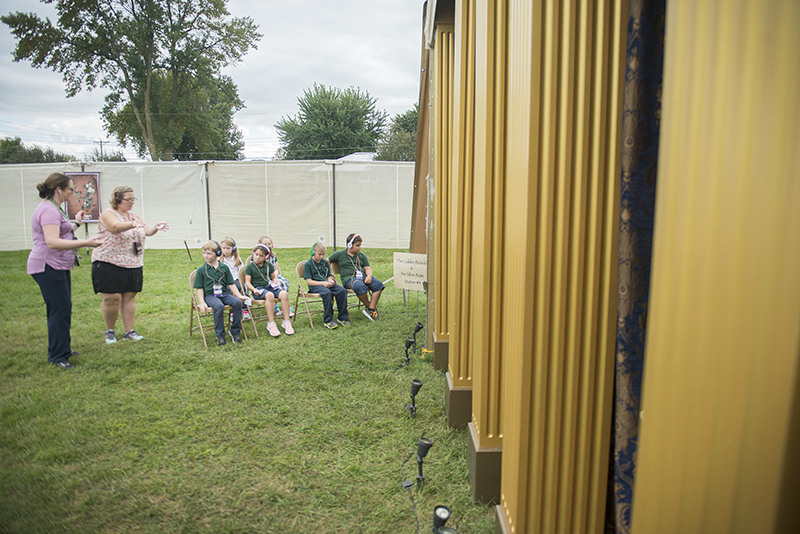