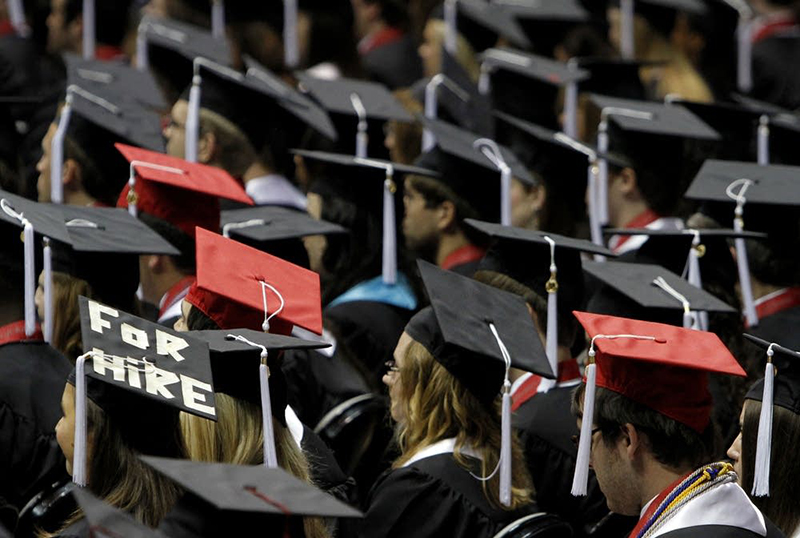 In an effort to minimize defaults and keep rates low for a state-run education loan program, the Office of Higher Education has become more aggressive about taking students to court when they fall behind on payments.

The SELF, or Student Educational Loan Fund, loan provides low-interest loans to Minnesota students to help bridge the gap between financial aid and the cost of school. It has helped more than 250,000 students pay for higher education since it started in 1984, lending out more than $2 billion since then.

But in order to keep those rates low, it has to keep defaults down.

In the past, collections agencies were hired to collect on loans that went into arrears. However, being third parties, they couldn’t take people to court. And, sometimes, without that, a loan in default could pass the statute of limitations, and would just have to be written off.

At the same time, default rates were creeping up and the office said it wanted more oversight into collections, so they decided to hire an attorney.

“(The office) just decided we probably could facilitate that loan collection process if we had an in-house attorney,” said Larry Pogemiller, the head of the Minnesota Office of Higher Education.

Hiring an in-house attorney allowed the office to file cases in state court. And since January 2016, the attorney, Andrew Wold, and the office have filed more than 1,000 cases. In the first year on the job, default rates on the loan dropped.

“We have a relatively low default rate, about two percent and it’s about seven percent before collections” since hiring Wold, said Pogemiller. “So we’ve just upped our game a little bit and have figured out a way to be flexible and get people to pay back their loans before they go into default.”

Among those facing a court judgment is Beckie Jaros, who said she’s basically a semester away from a bachelor’s degree in education. It’s been that way since 2014, when she dropped out of school because of health complications. She’d worked her way, often part-time, through community college, then the University of Minnesota Duluth and, more recently, St. Catherine University.

And, while she’s had to set up a minimal payment plan on a federal loan, she’s facing a court claim because she has not been making payments on her state SELF loan. She said she’s responded to the letter by sending in her current financial situation.

Wold, the attorney, said he looks to work with people who are struggling financially, giving them options for reasonable repayment plans. He’s also worked to cut down on court judgments — he said he’s increased voluntary payment plans with those in default from 50 to 60 percent.

“We try to take all the steps that we can to preserve the interest of the program and be a kind collector to the student,” he said.

The Minnesota Office of Higher Education is an advocate for higher education in the state. Its website encourages people to go to college. Under one heading about paying for college it says: “Don’t let the costs of paying for college stop you from attending.”

There’s a tension between that mission and the responsibility of being a fiscally prudent lender, Pogemiller acknowledges.

“We don’t want to empower people to do something that makes no sense for them, but we have this other tug — we’re trying to close equity gaps,” he said.

This month, two rule change proposals could address some of these issues for students at risk of default. One would allow the commissioner set credit score minimums for students to apply for these loans, the other new rule would add flexibility into how many forbearances a student can take in paying back the loan.

In the meantime, Beckie Jaros is hoping she can find some way to finish up her teaching degree and free herself of her debts.