A Nebraska man was allegedly texting while driving during a car crash Sunday morning in Freeborn County.

George D. Sullivan, 33, of Allen, Nebraska, was taken to Mayo Clinic Hospital-St. Marys campus by Mayo One helicopter with leg and back injuries. He was listed in fair condition Monday afternoon.

Sullivan was not ejected from the vehicle following the crash, and he was able to exit the vehicle on his own power.

The truck was described as being stuck in the mud next to trees 200 to 300 yards from the road following the crash, reported to the Sheriff’s Office at 3:41 a.m.

Sullivan is being charged for texting while driving, according to the Sheriff’s Office.

An Albert Lea girl was injured Sunday evening in a rollover crash in Albert Lea.

Jayden Hammer, 17, was taken to Mayo Clinic Health System in Albert Lea by Gold Cross Ambulance with at least one injury deemed not life-threatening.

Debra Susan Gardner, 63, of Albert Lea was driving a 2008 Chevy HHR north on U.S. Highway 69, attempting to turn left onto Freeborn County Road 46 when she failed to yield and struck the back of a 2017 Dodge Journey driven by Julie Dawn Hammer, 54, who was heading south on Highway 69, according to Albert Lea police.

The crash allegedly caused the Dodge to roll, eventually landing on its wheels.

Jayden Hammer was a passenger in the Journey.

Alcohol was not a factor in the crash, and all involved were wearing their seat belts, according to police. 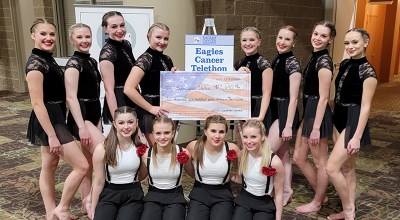 1 arrested for domestic assault and other reports