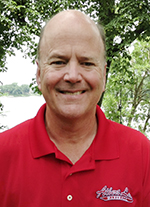 Editor’s Note: Due to microfilm not being available, the 25 years has been replaced with 75 years for the month of September.

• Former heavyweight boxing champion, now Lt. Commander Jack Dempsey, raised $2,500,000 in war bond pledges by auctioneering off a steak and other artifacts at a luncheon in Dallas.

• The Albert Lea Tigers football team was preparing to host Owatonna in a battle of unbeatens. Albert Lea had opened its season with a 13-0 win over Blue Earth.

• The Albert Lea Tigers football team traveled to Winona and defeated the Winhawks for their 16th straight win. Larry Weller had two rushing touchdowns to lead the Tigers.

• O.J. Simpson scored four touchdowns for the USC Trojans football team as they defeated the Minnesota Gophers 29-20 in front of 60,820 fans at Memorial Stadium. Simpson rushed 39 times for 236 yards.

• The Albert Lea Tigers football team lost 35-34 to Mankato East in overtime. The Tigers tried for the win with a two-point conversion after scoring in overtime but a pass from Cody Hansen to Logan Kortan was ruled out of bounds.

• The original Yankee Stadium closed its doors after 85 years as the Yankees prepared to move next door into their new stadium the following year.