Freeborn County Recorder Kelly Callahan said his “knowledge, education, experience and professionalism” are the greatest assets he brings to the position. 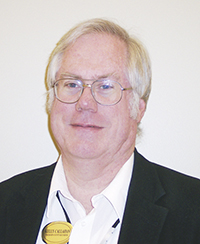 Callahan, 64, is squaring off against challenger Sue Tasker for the seat.

Callahan noted he has a Bachelor of Arts degree from the University of Minnesota Duluth with majors in urban studies and political science and minors in geography and sociology.

He has a law degree from the Hamline University School of Law.

“I was involved in many real estate transactions when I was in the private practice of law,” he said. “This has provided me with an almost infinite amount of information when it comes to real estate, and Freeborn County real estate in particular,” he said.

The Freeborn County Board of Commissioners appointed Callahan to be recorder in 2000.

“I have familiarized myself with the almost 500 references to recorder in Minnesota laws as well as the administrative rules and procedures the office must adhere to,” he said.

Issues to address if re-elected

Callahan, who has won county recorder elections in 2002, 2006, 2010 and 2014, said if re-elected, he wants to continue preserving data on paper and microfilm in his office.

He noted records in his office date back to the 1850s, and he wants that information to be available in another 160 years.

“Since that conversion and preservation is tied in many ways to current technology, we still need to continue the technological advancements to not only keep up with ongoing developments, but also improve the way government operates,” he said.

Callahan noted there are at least 10 different software programs his office utilizes — some contained and supported internally with others through state offices and private businesses —  making the use of technology important.

He said he has a program that would allow the office to make more real estate documents available online, adding the Recorder’s Office can electronically record documents, “and have been doing that quite a while on a limited basis for documents that do not have to be submitted to the Auditor/Treasurer’s Office prior to recording in my office.”

“I have been resistant to further implementing those programs, because, frankly, it will hurt our local businesses by allowing out-of-area businesses the same access,” he said. “However, we can’t ignore the fact that we live in a global economy, so those programs will probably have to be advanced.”

Callahan said he wants to continue serving the community “because I love doing what I do in the office.”

“I truly enjoy interacting with and helping the public and other governmental offices,” he said. “I have brought significant technological changes to the county over the past years, including improving and expanding the way we process and preserve records.”

Callahan noted he has looked to integrate and upgrade records with other offices for streamlining purposes.

“While there has been a great deal of progress made over the years, I believe there are still more things I can do to improve not only my office, but other county offices as well,” he said.

“It’s also important in entering real estate information into the various indices to be accurate,” he said. “I always tell people that we are human, so we aren’t perfect, but we’re as close to perfection as we can get.”

Callahan said he is “very responsive” to public requests and questions and has instilled the necessity of that openness to his staff.

“I’ve received many comments over the years about what excellent service people received from my office,” he said.

Callahan said the Recorder’s Office is “pretty financially self-sufficient” due to statutory fees it collects, adding he has approximately $300,000 in reserve funding in the recorder fund.

He called himself “fiscally conservative with public funds,” who sometimes still uses a 1962 IBM Selectric typewriter.

“I would like to see that philosophy applied in more county — and city — offices,” Callahan said. “I also think the county needs to continue to look at ways to collaborate more with other governmental units. My belief is there are things that could be done to streamline services and cut the overall costs of government to the public.”

Callahan said he wants cost burdens and revenue to be more evenly split between counties and the state of Minnesota.